Tech billionaire Elon Musk is now not only the biggest Twitter shareholder, but he is joining the social media company’s board, a move that set the platform’s users a chirping.

Tesla CEO and Big Tech censorship critic Elon Musk reportedly became Twitter’s largest shareholder this week. Shortly after, users found that he will join the platform’s board of directors, gaining power and influence over the company. Former Twitter CEO Jack Dorsey congratulated Musk on his newly acquired power, claiming “I’m really happy Elon is joining the Twitter board! He cares deeply about our world and Twitter’s role in it.”

Meanwhile, recently appointed liberal Twitter CEO Parag Agrawal, who once infamously stated in an interview that “Our role is not to be bound by the First Amendment,” posted a seemingly corporate response some like this commentator Larry Cermak joked was between gritted teeth:

I’m excited to share that we’re appointing @elonmusk to our board! Through conversations with Elon in recent weeks, it became clear to us that he would bring great value to our Board.

Numerous pro-free speech commentators explained how Musk appears to have a genuine desire to reform Twitter in opposition to radical censorship. The Babylon Bee CEO Seth Dillon explained in a tweet that “Musk reached out to us before he polled his followers about Twitter's commitment to free speech.” He explained further that Musk “wanted to confirm that we had, in fact, been suspended. He even mused on that call that he might need to buy Twitter. Now he's the largest shareholder and has a seat on the board.” 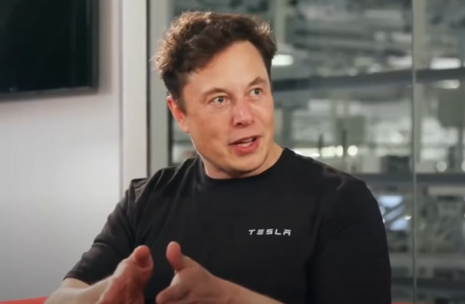 Others explained how Musk’s work has only begun, and that he and others like him could use their power to reform Big Tech and world politics as a whole. Dilbert comic strip author and commentator Scott Adams observed that with Musk at the helm, Twitter may be forced to actually be transparent to a non-leftist about the workings of its algorithm: “Wait until @elonmusk starts looking under the hood at Twitter and finds out how the algorithm works.”

.@ElonMusk, as a member of @Twitter's board of directors, should demand full investigation of @Twitter's illicit and fraudulent censorship policies. The evidence shows @Twitter has lied to shareholders, Congress, users, and public about its censorship targeting conservatives.

Former Democratic presidential candidate and Hawaii Congresswoman Tulsi Gabbard (D) thanked Musk for putting his money where his mouth is, but proclaimed there is so much more work left to be done from him and similar figures:

“Thank you @elonmusk! Now do Instagram, which is even less transparent and more aggressive in shutting down free speech than Twitter.

“Calling on all other billionaires who want to protect free speech and democracy: let’s open your wallets and follow Elon’s lead.”

Other commentators observed in a more general sense that Musk’s new power over Twitter may be just the perfect game changer the free world needed.

Philanthropy Roundtable board member Vivek Ramaswamy illustrated that a shakeup of Twitter leadership could have massive political implications across the globe:

This is why I like what @elonmusk did today.

We need more actual shareholders to compete at scale with the ESG-linked asset management cartel.

That is the single greatest lever to drive cultural change.

The Heritage Foundation's technology policy research fellow Kara Frederick theorized on the positive impact Musk could have on the platform:

“Defying @paraga's instincts and pressing for 1A as Twitter's new guiding principle would shake up the place in the best of ways.”

“Leftist Twitter employees have taken to social media to complain about @elonmusk  becoming the company's largest stakeholder. They are angry about the company's leftist culture potentially being challenged.”