It’s easy to understand why people under Communist regimes hid their money under mattresses, as Big Government will do anything to control private money when it's threatened. “The Ontario Provincial Police and Royal Canadian Mounted Police ordered all regulated financial firms to cease facilitating any transactions from 34 crypto wallets tied to funding trucker-led protests in the country,” Coindesk reported Feb 16.

“The federal police agencies, working with the Financial Transactions and Reports Analysis Centre of Canada (FINTRAC), are investigating cryptocurrency donations supporting the weeks-long protest against Canada’s vaccine mandate.” Coindesk explained that the asset freeze pertains to a massive amount of money: “Donors have sent more than 20 BTC to the addresses, worth over $870,000 (CA$1.1 million).” 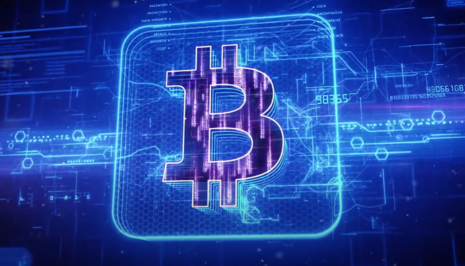 Canadian news outlet The Globe and Mail reported that Canadian police forces warned financial institutions and cryptocurrency exchange platforms about dire consequences for those doing business with the “convoy protests”:

The letter tells the exchange operators to “cease facilitating any transactions” with more than 30 specific cryptocurrency wallet addresses that it lists, adding: “Any information about a transaction or proposed transaction in respect of these address(es), is to be disclosed immediately to the Commissioner of the Royal Canadian Mounted Police.”

The Canadian government has flaunted its totalitarian approach to public dissent. When asked about who might have their bank accounts frozen over politics, Canadian Justice Minister David Lametti warned in an interview that “if you are a member, uh, of, you know, a pro-Trump movement who's donating hundreds of thousands of dollars, or millions of dollars, to this kind of thing, then you ought to be worried.”

The truck convoy and their supporters have been staging peaceful protests against draconian COVID-19 mandates imposed by Canada’s federal government. The convoy has used crowdfunding resources from GoFundMe to GiveSendGo for logistical support. The convoy has since met massive roadblocks at every turn, from Big Tech censorship to hackers reportedly exposing their donors’ personal information.

Indeed, Americans who supported former President Donald Trump during his time in office have already suffered at the hands of financial blacklisting and de-banking.

The Daily Signal recounted that Chase Bank “reportedly planned to close the credit card account of former national security adviser Michael Flynn on Sept. 18, stating that ‘continuing the relationship creates possible reputational risk to our company.’” Chase Bank initially responded to an inquiry from MRC Free Speech America by noting that it was declining to comment, but later reportedly told TheBlaze “‘we made an error.’"