As working people fight for their most basic freedoms, Big Tech is consistent as ever in taking those freedoms away. “A Kelowna businessperson says she has been left high and dry after Facebook closed her personal account which she has linked to her business account,” local British Columbia news outlet Coast Reporter reported Feb. 13.

“Raechel Allan-Nicholls runs a vehicle detailing business called Big Deal Detailing primarily through her Facebook account, which she says she no longer has admin access to.” There may be some nefarious political machinations at work, according to the Coast Reporter: “Despite not hearing anything from Facebook, she believes her activity as an admin for Freedom Convoy 2022 was the reason for her account going dark, although she has no proof.” 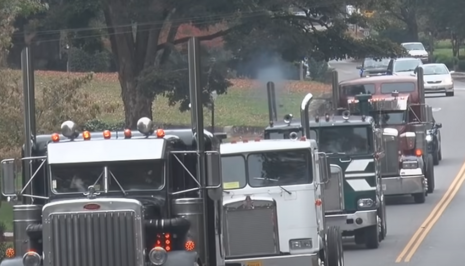 Coast Reporter reportedly quoted Allan-Nicholls as she explained her theory on why the platform ousted her:

"I searched for all my (Freedom Convoy 2022) contacts and they're all gone too. I'm kind of at a loss for words. And, I didn't do anything wrong in the sense of, you know, they don't have any justification for shutting my account down."

Facebook has not yet responded to an inquiry from MRC Free Speech America to confirm and/or explain why the platform reportedly took action against Allan-Nicholls’ account.

Due to Facebook’s lack of transparency on incidents of censorship, Coast Reporter explained that no publicly viewable record of her material can be viewed to understand how it could have run afoul of Facebook’s policies.

Facebook has a history of purging political movements that undermine the left’s narratives, however.

Earlier in February, Facebook reportedly ousted a group of U.S. truckers protesting COVID-19 mandates in the United States. “Facebook has booted the rapidly growing ‘Convoy to DC 2022’ group from its platform after it gained 137,000 members,” Reclaim The Net reported. “The group had been gaining tens of thousands of members per day and was calling on all truckers in the US to form a convoy to protest COVID-19 mandates. Organizers were planning to begin the convoy in California and end in Washington DC.”

Conservatives are under attack. Contact Facebook headquarters at (650) 308-7300 and demand that Big Tech be held to account to mirror the First Amendment while providing transparency, clarity on “hate speech” and equal footing for conservatives.If you have been censored, contact us using CensorTrack’s contact form, and help us hold Big Tech accountable.