Spotify CEO Says ‘Silencing’ Rogan Not the Answer, Though Some Episodes Removed

Music and podcast streaming platform Spotify reportedly explained in a memo to its employees that podcaster Joe Rogan had self-removed some episodes of his podcast after outrage over past language, but warned he should not be silenced.

Spotify CEO Daniel Ek told his employees in early February that Spotify leadership is making efforts to appease their concerns, but drew the line at silencing Rogan altogether. "While I strongly condemn what Joe has said and I agree with his decision to remove past episodes from our platform, I realize some will want more … . And I want to make one point very clear – I do not believe that silencing Joe is the answer,” Ek reportedly wrote, according to a Feb. 6 article from Axios.

“We should have clear lines around content and take action when they are crossed, but canceling voices is a slippery slope. Looking at the issue more broadly, it’s critical thinking and open debate that powers real and necessary progress.” 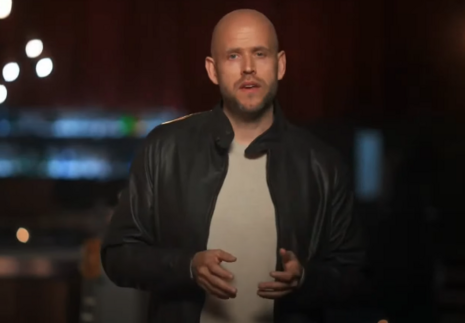 Contrary to usual expectations of Big Tech censorship, Ek also reportedly claimed that Rogan chose to remove many of his past episodes himself:

I think it’s important you’re aware that we’ve had conversations with Joe and his team about some of the content in his show, including his history of using some racially insensitive language. Following these discussions and his own reflections, he chose to remove a number of episodes from Spotify. He also issued his own apology over the weekend.

Spotify did reportedly bend the knee to liberal identity politics, however, vowing to spend a fortune on “historically marginalized” groups: “I am committing to an incremental investment of $100 million for the licensing, development, and marketing of music (artists and songwriters) and audio content from historically marginalized groups.”

Recode co-founder and New York Times contributor Kara Swisher, as usual, objected to the fact that a Big Tech platform didn’t take a harder approach against free speech: “The use of the pointedly scary and loaded word ‘silencing’ is the tech tell here — creating a false narrative when most are just asking for corrections of blatant and dangerous inaccuracies, not a gag.”

She also mocked the idea of being concerned with “Cancel” culture, comparing it to conservative concerns over liberal media bias: “Also like clockwork, the ‘cancel’ word. Trotted out like ‘fake news’ when someone points out an obvious error or egregious misinformation.”

Ek addressed the removal of Rogan’s podcast episodes earlier in the week, which were reportedly around 70 episodes. The Verge noted that “The total number of deleted Joe Rogan Experience episodes is now 113, according to the website jremissing.com.”