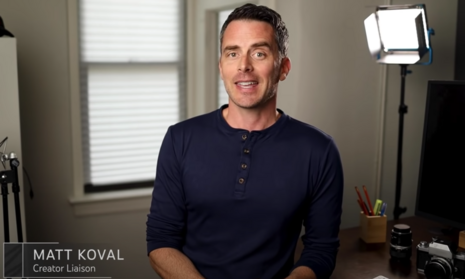 While users may still dislike YouTube videos, their ability to see a public count of how many internet users dislike versus like a video will be obliterated.

One of the few joys about being a conservative on liberal Big Tech platforms is being able to gather in groups and show by vote that liberal propaganda stinks. YouTube is reportedly stripping its platform of this ability, however, and it is doing so in the name of protecting creators’ feelings: “To reduce targeted dislike attacks & their impact on creators (esp on smaller creators), you’ll no longer see a public dislike *count* on YouTube starting today (the dislike button is staying),” TeamYouTube declared in a Nov. 10 tweet.

In short, creators can still see when their videos are disliked, but there will be no publicly viewable meter of how many viewers liked versus disliked a video. TeamYouTube attempted to rationalize its decision: “We’ve found the public dislike count motivates trolls, harassment, and dislike attacks, & our experiment results/data showed a reduction in dislike attacking behavior when it’s not visible.”

The video shared with the post made a pitiful attempt to cover for YouTube’s decision, noting toward the end: “Keep in mind other platforms don't even have a dislike button.” As of the writing of this blog, the video has a ratio of 5,900 dislikes to 4,300 likes.

Creators, however, were having none of it.

[O]k if the creators can still see the dislikes then its not for ‘mental health’ like you’re pretending it is. its for protecting the image of the white house, media, corpos etc etc who otherwise have the facade of being trusted and well liked. Sad!

The account ostensibly representing free thinker YouTube star TheQuartering then suggested: “This isn't to protect ‘small creators’ it's to protect brands.  Everyone knows it.”

In YouTube’s Creator Insider, an in-house show made for YouTube creators, Leung addressed the growing concern over “dislike mobs” on January 29 and discussed various tactics that YouTube was considering to combat them.

YouTube had recently been humiliated by viewers with a legendary dislike ratio. YouTube’s annual Rewind compilation was a popular tradition that served as an homage to YouTube’s most influential creators, memes and music, but instead, in 2018, it featured (as noted by NewsBusters) “liberal YouTubers literally sitting around a campfire toasting the bravery of drag queens, immigrants and identity politics.” The video rapidly became the one of the most disliked videos in the platform’s history and currently has a mere 3 million likes to 19 million dislikes. Similarly Gillette’s commercial against “toxic masculinity” has about 835,000 likes compared to 1.6 million dislikes.

Conservatives are under attack. Contact YouTube at 650-253-0000 and demand that Big Tech mirror the First Amendment while providing transparency, clarity on “hate speech” and equal footing for conservatives. If you have been censored, contact us at the Media Research Center contact form, and help us hold Big Tech accountable.