Facebook has run right back to censorship gaslighting after having taken a metaphorical beating in the liberal press and from the Hill in recent weeks. The platform has let the world know that it has cracked down on so-called “hate speech” with extreme prejudice. 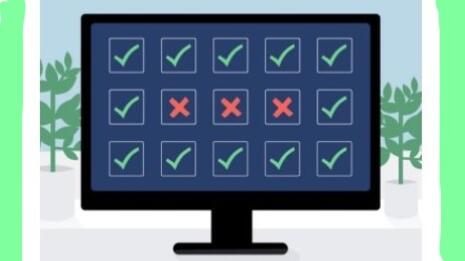 Facebook released a devastating report about censorship on its platform — a bad omen for those who care about freedom of speech. “Our technology is having a big impact on reducing how much hate speech people see on Facebook,” Facebook VP of Integrity Guy Rosen explained in an Oct. 17 report. “According to our latest Community Standards Enforcement Report, its prevalence is about 0.05% of content viewed, or about 5 views per every 10,000, down by almost 50% in the last three quarters.”

Facebook explained how far its technology has come: “In 2016, our content moderation efforts relied mainly on user reports. So we built technology to proactively identify violating content before people report it.”

The report on “hate speech” removal appears to have been a tactical move against recent scandals: “Data pulled from leaked documents is being used to create a narrative that the technology we use to fight hate speech is inadequate and that we deliberately misrepresent our progress,” Rosen noted. “This is not true. We don’t want to see hate on our platform, nor do our users or advertisers, and we are transparent about our work to remove it.”

Facebook made the audacious claim that somehow its staff are hesitant at times to remove content: “We have a high threshold for automatically removing content. If we didn’t, we’d risk making more mistakes on content that looks like hate speech but isn’t, harming the very people we’re trying to protect, such as those describing experiences with hate speech or condemning it.”

Facebook’s history with content moderation is problematic at best. The platform has allowed its leftist-funded International Fact-Checking Network appointed fact-checkers to penalize conservative content that is demonstrably true.

For example, PolitiFact came after the Media Research Center (MRC) for citing a graphic first released by the CDC. PolitiFact tried to combine three fact-check categories into one. It failed to note its issue as one of context, and chose to instead label the entire graphic as “FALSE,” but called it “partly false information” on Facebook.

Facebook has leaned on hapless sources such as the World Health Organization (WHO). WHO was too reliant on Chinese authorities, and misinformed nations around the globe as to the nature of the virus as late as January 14. WHO claimed in a tweet: