Retired General Michael Flynn received a letter from Chase Bank explaining that doing business with his household was a “reputational risk to our company.”

The 280,000 followers-strong purported Telegram account of Flynn shared what appears to be a damning letter from Chase Bank. The letter informed his household: “After careful consideration, we decided to close your credit cards,” because “continuing the relationship creates possible reputational risk to our company.” Chase Bank initially responded to inquiry from MRC Free Speech America by noting that it was declining to comment, but later reportedly told TheBlaze “‘we made an error’" in reference to the letter. 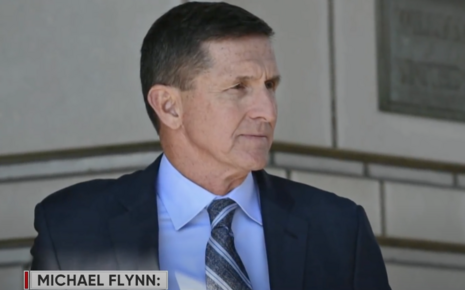 The Telegram account purportedly representing Flynn later posted: “I want to sincerely thank everyone for your unwavering support for my family and I over this Chase Bank cancel culture nonsense. We’ll fight through it like everything else we’ve experienced these past six years.”

After commenting on how Chase Bank ought to focus on the families of men and women who died in Afghanistan, he expressed a wish for Chase Bank and other major companies to embrace even the most basic of American values: “I pray Chase Bank and all their cancel culture partners think twice about what they are doing to destroy the fabric of our [C]onstitution. Trust me, the heart and soul of America will NEVER be broken. We the people will prevail.”

TheBlaze noted one curious quote from its contact with a Chase Bank spokesperson: "We've contacted our customer to let her know that we made an error and we apologized for any inconvenience this caused." The question remains: If TheBlaze was asking about the Flynn family, why did Chase Bank refer to a “her”? One possibility would be that the letter was referring to Gen. Flynn’s wife, implying that even doing business with the spouses of conservative public figures was a “reputational risk.”

As TheBlaze observed, “Flynn in his Telegram retort to Chase doesn't say the Chase letter was sent to him personally. He only accuses Chase of ‘persecuting my family and I.’"

The reported Flynn fiasco is not the first time Chase Bank has been tarnished by apparent action against conservatives.

Chase Bank reportedly shut down former Rebel Media host Martina Markota’s bank account, much like how PayPal deplatformed activist Laura Loomer. Markota spoke to Big League Politics about how “[Chase Bank] said they have the right to end our relationship and not tell me why.”

Conservatives are under attack. Contact your representatives and demand that Big Banks, along with Big Tech, treat conservatives fairly and with the same dignity it would others. Big Banks shall not cancel law-abiding conservatives, and should provide them the same access to financial institutions and everyday living as every other American. If you have been censored, contact us at the Media Research Center contact form, and help us hold Big Tech accountable.