The Department of Homeland Security (DHS) is “considering hiring private companies to analyze public social media for warning signs of extremist violence, spurring debate within the agency over how to monitor for such threats while protecting Americans’ civil liberties,” reported The Wall Street Journal reported on Sunday.

“The effort, which remains under discussion and hasn’t received approval or funding, would involve sifting through large flows of internet traffic to help identify online narratives that might provide leads on developing attacks, whether from home or abroad.” 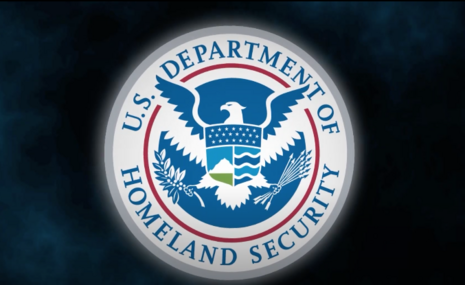 But privacy advocates and even parts of the political establishment have expressed wariness of government overreach from the DHS in the name of national security. Deputy Director for the Brennan Center’s national security program Rachel Levinson-Waldman stated, according to The Journal, that “[t]here’s a real temptation, once the tool is in place…to say, ‘Well, we have this, why don’t we use it for these other purposes?’”

The Journal further summarized that Levinson-Waldman recalled how “DHS, in intelligence reports, has previously identified as suspicious views including ‘opposition to gun control and immigration, anger about the 2020 election results or the use of force by police, or a belief in certain conspiracy theories.’”

There have been developments since CNN reported on DHS partnership plans last May. The Journal explained that “John Cohen, a top DHS official, is spearheading the project, which he describes as part of an upgrade to the department’s capabilities in social-media analysis.” Cohen reportedly summarized: “‘What we’re talking about now is dramatically expanding our focus.’”

Skeptics have increased since the potential partnership first came to light. “Mr. Cohen’s push has sparked internal debates in DHS and elsewhere in the Biden administration over longstanding tensions between civil liberties and security efforts,” The Journal explained. “Some officials in the agency and the White House worry about governmental overreach, say people familiar with the deliberations, a concern that civil-liberties advocates share.”

Electronic Frontier Foundation attorney Adam Schwartz reportedly “said the organization is wary of any government effort to ‘gobble up’ more social-media data. That information could potentially be stored forever and later mined to find leads on crimes, he said.” Schwartz reportedly declared: “‘We do not support an expansion of social-media surveillance in the name of stopping the next attack on the Capitol.’”

The fusion of Big Tech and Big Government has become a sinister hallmark of the Biden administration. Senator Josh Hawley (R-MO) torched the Biden administration for pressuring private companies to help spy on the texts of American citizens in a July interview, suggesting that the “big government, big corporation alliance” is the “real danger here.”

Conservatives are under attack. Contact your representatives and urge them to investigate the expansion of government influence over Big Tech. If you have been censored, contact us using CensorTrack’s contact form, and help us hold Big Tech accountable.