Comedian and cultural commentator Nicole Arbour mocked that Facebook censored a video of her lampooning the constantly changing narrative around COVID-19 and vaccines.

“My newest super viral video was pulled from Facebook and accounts of some who shared it [were] temporarily disabled,” Arbour tweeted July 28. According to Arbour, "it had over 20,000 shares in less than an hour setting it on course to be a massive viral hit." The video she shared appeared to repeat all of the conflicting COVID-19 narratives that public officials have put forth.

She highlighted how their contradictions seemingly cancel each other out. “If we don’t see the hilarity in a video of me reading from the CDC’s posts and website being removed for misinformation I don’t know what to say,” she later commented. 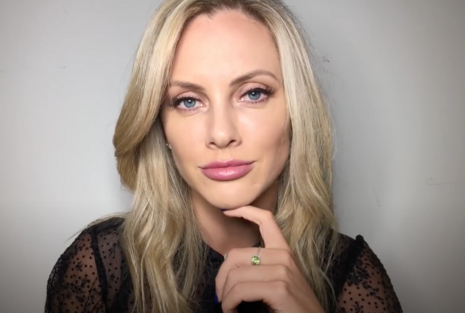 “I don’t understand why people are confused about the jabb.

“Do the right thing people, get the #vaccinationdone

“Your body, your choice.

“No judgement, but I’m judging you.”

Big Tech previously censored users for sharing valid theories that COVID-19 was made in a lab, while backing so-called experts with questionable connections to China. The issue has blossomed into a crisis of credibility.

RedState Managing Editor Jennifer Van Laar reported in a June 11 blog: “The man who worked on coronaviruses with Wuhan Institute of Virology’s ‘Bat Woman’ Dr. Shi Zhengli as long ago as 2013, whose company gave WIV $800,000 in funding to study bat coronaviruses from 2014-2019, and who served as a Facebook COVID fact-checker, is bitterly clinging to the narrative that the pandemic originated at the wet market in Wuhan.”