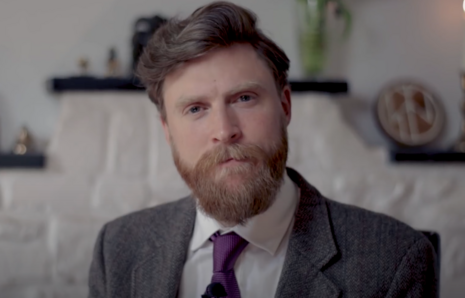 It’s not just a fight for free speech anymore. Big Tech has now appeared to target the very ability of honest academics to earn a living online. “My wife and I both just had our [F]acebook pages deleted without warning, or reason given nor is there an option to appeal,” Rowsell said via his Patreon account. “There was nothing on there that went against their community standards. The page had no strikes at all. They have given up all pretence of reason, and are just unpersoning people without reason.”

Rowsell’s channel, Survive the Jive, named for rejecting the loss of history amid a technological age, has approximately 139,000 subscribers. He described his channel in the description of his introductory video as a project that focuses on the “religions of ancient Europe” and examines the “linguistics, genetics, anthropology and other disciplines in order to gain insights into ancient peoples.”

He explained to MRC Free Speech America: “The page was very helpful for me to raise awareness of my video content and was therefore part of my business.” He then clarified: “It had no community strikes or objectionable content on it.”

Rowsell warned that Facebook censorship has consequences. “This will inevitably negatively impact my earnings but also my social life and that of my wife who uses that platform to stay in touch with her family in Sweden,” he said.

He offered a grim estimation of why he was censored:

“I think this has social implications since I am only posting about historical subjects and not the controversial topics of immigration and vaccines that normally get people banned. I may be the first person banned not for what [I] have said, but for what they suspect me to think. Obviously this isn't as big a deal as when they banned the President, but can be seen as a next step in their steady decline into totalitarian censorship.”

His videos explored everything from Anglo-Saxon/Norse warriors to the roots of Indo-European pagan religions in India, England and Sweden.

Videos on his page also range from explorations into niche English rural folklore to speaking with Vedic guru Sri Dharma Pravartaka Acharya or even traveling to Bali to learn about Balinese Hinduism. He described himself as a YouTuber with “over 10 million views” and said he previously worked for a subsidiary of the World Health organization in Sweden. His academic writings include headlines such as “Gender Roles and Symbolic Meaning in Njáls Saga” and “Representation of Hakon sigurdsson in Viking Age literature,” indicating a clear scholarly background.