Game developer Scott Cawthon created one of the most famous survival horror video games. Now he is reportedly being harassed for donating to politicians the radical left doesn’t approve of.

Kotaku Staff Writer Ash Parrish slammed legendary game developer Scott Cawthon as he announced his departure from the massive Five Nights At Freddy’s horror game franchise he created. Cawthon “went viral over the weekend after his political donations were publicized on Twitter. The donation list was a who’s who of homophobic and transphobic lawmakers including Tulsi Gabbard, Mitch McConnell, and Donald Trump,” Parish wrote on liberal games journalism outlet Kotaku. Kotaku wasn’t the only liberal news source to generate clicks regarding Cawthon being “scared” into fleeing his own franchise. 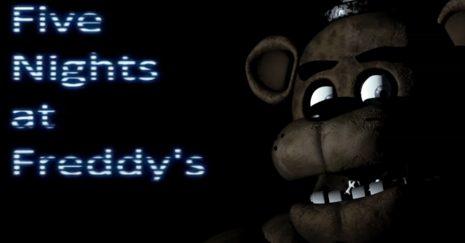 Parrish of Kotaku acknowledged that “Cawthon wrote that in the aftermath of his donation disclosure, he and his family had been doxxed with people threatening to come to his house.” Nonetheless, the Kotaku writer had no issue with scorching Cawthon for “irreparable harm he’s done to the people he purports to love.”

In short, Cawthon has made games that are popular with the LGBTQ+ community, but Cawthon has supported politicians the radical left does not like. “So while Cawthon could be the loveliest person that walked God’s earth, the fact that he willingly enabled, with thousands of dollars, the people directly responsible for making queer peoples’ lives objectively worse undermines whatever his personal feelings are for his queer fans,” Parrish claimed.

One of the politicians the article raked Cawthon over the coals for supporting was former Democratic presidential candidate and former Rep. Tulsi Gabbard (D-HI). “In 2020, Gabbard introduced a bill that would make it illegal ‘to permit a person whose biological sex at birth is male to participate in an athletic program or activity that is designated for women or girls,’” the article summarized. “The bill would effectively ban trans women and girls from participation in high school or college sports.”

Cawthon’s contribution to gaming culture since 2014 is hard to overstate. He created a horror game series that went viral:

“Scott Cawthon created the Five Nights At Freddy’s series back in 2014. Since then, his horror franchise about being stuck in a pizza parlor with murderous animatronics has spawned numerous sequels, spin-offs, books, and a movie.”