The French Competition Authority is cracking down on Google for “abusing its market power” to defeat its online advertising competition.

Europeans have no qualms hitting Big Tech where it hurts. “France’s competition watchdog fined Google 220 million euros ($268 million) on Monday for abusing its market power in the online advertising industry,” CNBC reported on Monday. “Google has agreed to pay the fine and end some of its self-preferencing practices, the watchdog said.”

President of the French Competition Authority Isabelle de Silva expressed in an announcement (verified using Google Translate) that French regulation will help many competitors actually have a fair chance in the market: “This sanction and these commitments will make it possible to re-establish a level playing field for all actors, and the ability of publishers to make the most of their advertising spaces.” 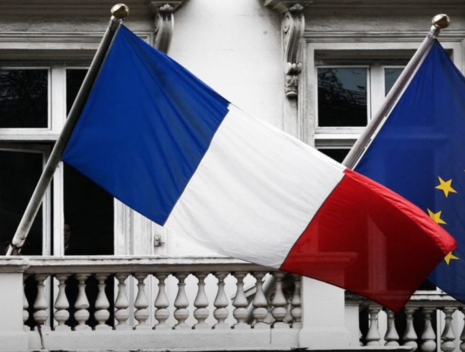 CNBC quoted de Silva scorching Google for crushing competitors: “These very serious practices have penalized competition in the emerging online advertising market, and have enabled Google not only to preserve but also to increase its dominant position.”

Legal Director of Google France Maria Gomri announced in a company blog that the search engine will rapidly be reforming its advertising system in response:

We recognise the role that ad tech plays in supporting access to content and information and we’re committed to working collaboratively with regulators and investing in new products and technologies that give publishers more choice and better results when using our platforms.

A reckoning for Google’s power over online advertising has been a long time coming. CNBC observed that “[t]he investigation came after U.S.-based News Corp, French newspaper Le Figaro and the Belgian press group Rossel filed a complaint against Google.”

France has been a vocal opponent of Big Tech in the past year.

French President Emmanuel Macron expressed outrage over Big Tech companies choosing to “suddenly cut the mic” and silence “all the platforms where it was possible for [former President Donald Trump] and his supporters to express themselves,” AP News reported Feb. 4. Macron torched Big Tech as he spoke at the Atlantic Council forum for cynically deciding to censor Trump “[a]t the very second when they were sure” that Trump would lose the presidency.

Macron also raked Big Tech companies over the coals for enabling violent political groups in both France and the U.S., according to Axios. Macron observed: "The new violence in our democracies, largely linked to these social networks” is now “our new way of life," Axios reported.

Conservatives are under attack! Contact Google at (650) 253-000, or by mail to 1600 Amphitheatre Parkway Mountain View, CA 94043, and demand that Big Tech stop censoring conservatives while allowing brazenly unscientific nonsense to be pushed. If you have been censored, contact us at the Media Research Center contact form, and help us hold Big Tech accountable.