Conservative commentator Candace Owens said her Facebook account was silenced for 24 hours after inquiring whether COVID-19 vaccines were pushed too hastily.

After Facebook allegedly censored her page, Owens took to Twitter in a May 25 tweet to slam Big Tech censorship: “So @Facebook has locked my account for 24 hours for the below tweet, citing ‘False, Harmful, Information’. What part of this tweet is false? Is the vaccine fda-approved? NO. Are women not told to avoid wine and non-pasteurized juice while pregnant? STOP BIG PHARMA CENSORSHIP.” The post Owens said Facebook censored, which she also shared on Twitter, asked why COVID-19 vaccines are pushed with so few cautions in comparison with other substances:

“Big Pharma tells pregnant women that one glass of wine or unpasteurized juice (which they make no profits from) can be harmful to their unborn chilld—but an experimental, non-fda approved vaccine with no long term trials (which earns them billions) is perfectly safe. 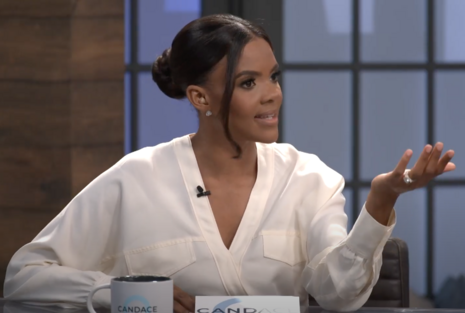 Owens declared that she would be taking action. “Obviously I am suing @Facebook fact-checkers so absurd censorship like this just help my case,” she proclaimed in a tweet. “EVERYTHING IN THIS TWEET WAS FACTUAL.”

Facebook has not yet responded to MRC inquiry to confirm the alleged censorship or explain which policies Owens allegedly violated.

Owens has locked horns with Facebook’s censorious policies before.

She accused Facebook of “censoring” information about now-Vice President Kamala Harris in an August 13, 2020 tweet and added that the platform has “demonetized my page for ‘spreading false information about how @KamalaHarris represents her race’.” Owens declared in no uncertain terms that Harris “ran as an INDIAN-AMERICAN” and suggested that Facebook’s censorship of this information was “ELECTION INTERFERENCE.” Facebook has since placed an interstitial, or filter, over her post, and linked to a fact-check by the Associated Press.