Trump Says He’s 'Negotiating with a Number of People,' Could Build His Own Platform

Former President Donald Trump has reportedly been in talks with donors about his much anticipated return to social media.

After years of censorship, and with politicians refusing to solve it, Trump may once again take action where others have failed. “Former President Donald Trump has told friends he has hundreds of millions of dollars in backing for a new social media venture that would give him an online presence and protect conservatives from being shut down online,” the Washington Examiner reported on Thursday. Two sources reportedly familiar with the matter said investors included Silicon Valley leaders spurred by concerns regarding censorship and “cancel culture.” 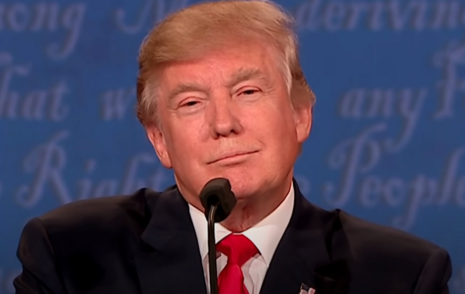 “We’re negotiating with a number of people,” Trump said in a Newsmax TV clip posted February 17. “There’s also the option of building your own site because we have more people than anybody, so you can literally build your own site. But we were being really harassed on Twitter. They were putting up all sorts of flags, I guess they call them. They were flagging almost anything you said.”

Trump proclaimed in a since removed tweet: "We have been negotiating with various other sites, and will have a big announcement soon, while we also look at the possibilities of building out our own platform in the near future.”

Trump condemned Twitter for selective censorship in a Newsmax.com interview: “[Y]ou have other foreign countries saying the worst things possible and they don't even talk about it.”

There have been rumblings for weeks regarding Trump’s return to social media.

A senior adviser to Trump, Jason Miller, gave hints about Trump’s plans in early February. He did not specify what the plans were so much as that many plans of action were being considered: “all options are on the table.” Miller explained to Breitbart News on SiriusXM 125 the Patriot Channel that Trump was debating multiple options for his grand reentry to social media. “We’re just kind of figuring out which avenue makes the most sense,” Miller illustrated.

Miller also suggested that Trump’s return to the arena of social media could take many forms: