The wildly popular free speech platform Parler has made a sudden return after being nuked from the internet by Amazon Web Services back in January.

“Parler, the world’s #1 free speech social media platform with over 20 million users, is announcing its official relaunch today, built on sustainable, independent technology and not reliant on so-called ‘Big Tech’ for its operations,” the social media platform revealed on Monday in a press release. “Parler’s relaunch—open to Americans of all viewpoints—is available immediately.”

Parler’s interim CEO Mark Meckler explained how Parler has risen from the ashes of being deplatformed earlier this year: “When Parler was taken offline in January by those who desire to silence tens of millions of Americans, our team came together, determined to keep our promise to our highly engaged community that we would return stronger than ever.” 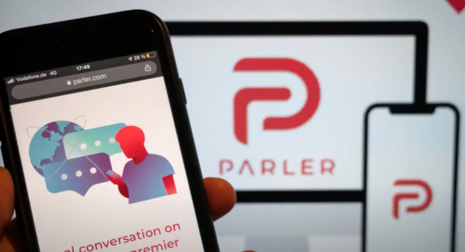 The platform explained in its press release that “Parler’s new platform is built on robust, sustainable, independent technology.” It also specified that the platform will only be available first for “its current users only in the first week, with new users being able to sign up starting the following week.”

The email assured readers that Meckler is a “free speech advocate” with “expertise in launching, growing and developing effective business and technology models for two of the largest grassroots organizations in modern American history, Tea Party Patriots and Convention of States.”

Meckler has been tapped to temporarily lead the company as it overhauls its leadership after its previous CEO left amid controversy.

Ex-Parler CEO John Matze explained to Axios on HBO that Parler’s negotiations to bring Trump onto their platform never materialized. "I didn't like the idea of working with Trump, because he might have bullied people inside the company to do what he wanted. But I was worried that if we didn't sign the deal, he might have been vengeful and told his followers to leave Parler," Matze stated.

Matze had also written a memo to employees with dubious claims regarding why he had been terminated. “However, Fox News contributor and Parler co-owner Dan Bongino doesn’t see eye to eye with Matze’s version of the ousting,” Fox news reported. “Bongino said there were ‘two separate visions for the company’ and the ‘free speech vision’ originated from Bongino and other owners of the company.”

Conservatives and free speech commentators are abuzz over the fact that Parler has come back online.

“The internet is a better place with @parler_app!” Conservative commentator Brigitte Gabriel proclaimed on Twitter.

Parler had originally been kneecapped by multiple tech companies in January.

Apple and Google had refused to carry the platform as a downloadable app, and Amazon went one step further by denying the fledgling platform access to its servers, making the website itself non-viable.

“Amazon's suspension of Parler's account means that unless it can find another host, once the ban takes effect on Sunday Parler will go offline,” Buzzfeed reported on January 9.