Twitter has made it loud and clear via its company CFO: the platform will never allow former President Donald Trump back in the platform. 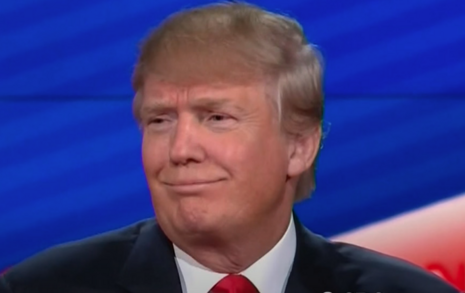 This latest declaration is no surprise considering how Twitter had targeted Trump with more than a year of unprecedented restriction of his tweets. Trump and his campaign had been censored by Twitter 625 times.

Segal reiterated his statement when he proclaimed on behalf of his company: “He was removed when he was president, and there’d be no, there’d be no difference for anybody who's a public official once they’ve been removed from the service.”

In short, even if Trump were to run for office again and win, he would still be denied access to the platform, according to Twitter’s current policies. Trump had initially been banned during the final days of his presidency, shortly after the Capitol riot on Jan. 6.

“After close review of recent Tweets from the @realDonaldTrump account and the context around them we have permanently suspended the account due to the risk of further incitement of violence,” Twitter announced on Jan. 8.

“The suspension amounts to a ban: Trump can no longer access his account and his tweets and profile picture have been deleted. Trump had 88.7 million followers prior to his suspension,” CNBC reported at the time.

Trump’s final Tweets were allegedly recorded in Twitter’s developer blog explaining why the platform banned him:

“The 75,000,000 great American Patriots who voted for me, AMERICA FIRST, and MAKE AMERICA GREAT AGAIN, will have a GIANT VOICE long into the future. They will not be disrespected or treated unfairly in any way, shape or form!!!”

“To all of those who have asked, I will not be going to the Inauguration on January 20th.”

Twitter accused Trump of violating its “Glorification of Violence Policy” due to his skepticism of the outcome of the 2020 presidential election and refusal to attend then-President-Elect Joe Biden’s inauguration event.