“The Trump campaign’s national press secretary had his Twitter account suspended Thursday, just hours before the presidential debate, after he tweeted about his experience of being sent absentee ballot materials intended for someone else,” Fox News detailed Thursday in an exclusive report. Gidley had reportedly been suspended for tweeting about “receiving an envelope in the mail that was addressed to someone else, by the name of ‘Daniel.’”

The tweet was a scorching indictment of mail-in voting as a flawed and exploitable system:

"Got ‘my’...uh wait...no…‘Daniel’s’ ballot in the mail?!? Who is that? Apparently it’s a former tenant who hasn’t lived in the unit for 8 YEARS!!! But yeah, sure...the mainstream media is correct...unsolicited vote-by-mail is ‘totally safe.'” 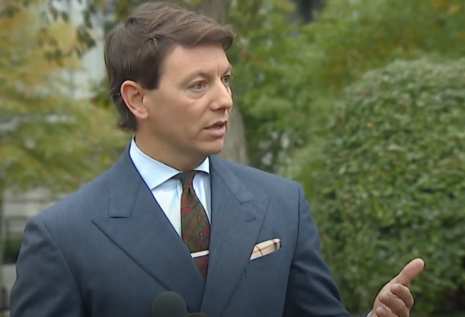 He reportedly attached a screenshot of the envelope postmarked from the D.C. Board of Elections, indeed showing it had been addressed to a “Daniel.”

“I, like many other Americans, received a ballot in the mail that was not meant for me, and that proves what the president has been saying is one hundred percent correct -- that there are serious issues with the Democrats’ plan for universal, unsolicited mail in voting,” Gidley explained to Fox News.

Gidley then suggested that this censorship appears to have been done for purely political reasons:

“Irrationally, inexplicably suspending my Twitter account simply for tweeting about the incorrect ballot is completely insane, and it won’t cover up the fact that Democrats changing the way we vote just weeks before an election is dangerous and fraught with the potential for massive fraud.”

Big Tech has a history of censoring President Donald Trump and his allies for critiquing the vulnerabilities of mail-in voting. This trend arguably began when Trump was fact-checked by Twitter for condemning “Mail-In Ballots,” stating, “There is NO WAY (ZERO!) that Mail-In Ballts will be anything less than substantially fraudulent,” this past May.

Twitter also locked, and later reinstated, the account of former acting Director of National Intelligence Richard Grenell on October 8. Grenell had tweeted a picture of two ballots sent to his friend’s parents — both of whom passed away ten years ago, according to Breitbart.

Trump wrote in an August 23 tweet criticizing “Mail Drop Boxes” as a “voter security disaster.” Twitter responded by placing an interstitial, or filter, over Trump’s tweet. And in late May, Twitter fact-checked Trump for suggesting that mail-in ballots could lead to voter fraud.

Slate acknowledged in a 2016 piece headlined “Voter Fraud Exists. Republican Restrictions Won’t Stop It” that “The vast majority of voter fraud prosecutions touted by conservative groups like [T]he Heritage Foundation involve absentee ballots that were illegally cast. And the only voting fraud schemes with the potential to actually swing elections involved mail-in ballots.”