Concerned about voter fraud hacking the election? Twitter says tough luck to those who want to discuss their concerns on its platform. Especially the President of the United States.

“We will label or remove false or misleading information intended to undermine public confidence in an election or other civic process,” Twitter announced in what appears to have been a September 10 company blog update. This comes amidst debate over the hazards of mail-in voting in the 2020 election. Twitter also explained in the overview of its “Civic integrity policy” blog that “You may not use Twitter’s services for the purpose of manipulating or interfering in elections or other civic processes,” a rule which appears to be very selectively enforced. 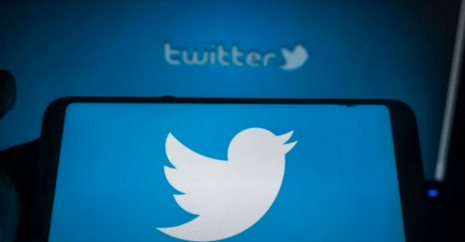 “The update to Twitter’s terms signals a potentially even more aggressive stance by the San Francisco-based tech company less than two months before the November election,” NBC News commented in response to the blog’s release.

Twitter has grappled with President Donald Trump multiple times over the hazards of mail-in voter voting. In late May, Twitter fact-checked Trump for suggesting that mail-in ballots could lead to voter fraud, a concern even The New York Times has acknowledged to be valid.  More recently, both Twitter and Facebook placed warnings on Trump’s tweets alerting American voters about “the massive number of Unsolicited & Solicited Ballots that will be sent to potential Voters for the upcoming 2020 Election,” in a September 3 post on the respective platforms.

Twitter’s blog also stated that “Any attempts to undermine the integrity of our service is antithetical to our fundamental rights and undermines the core tenets of freedom of expression, the value upon which our company is based,” a statement of values some may consider laughable in recent months as Twitter has accelerated its politically-biased censorship.

Twitter has cracked down on Trump’s tweets on a variety of topics. Twitter also placed an interstitial, or filter, over Trump’s tweet condemning violent riots over the death of Minneapolis resident George Floyd in police custody. It acted similarly in June when Trump vowed to meet rioters who would destroy Washington, D.C. “with serious force.”

Even before these most recent acts of censorship, Twitter had racked up an impressive record of liberal bias, including allowing blatant Chinese propaganda to be spread among Americans. Two examples of this would be when Twitter allowed a Chinese official to scapegoat the U.S. military for spreading the virus and when the platform allowed a lego-based propaganda video published by a Chinese embassy erroneously blasting the American government for not handling the virus properly.