Two massive announcements from Facebook have revealed just how much Facebook has given up all pretense at being fair to conservatives. 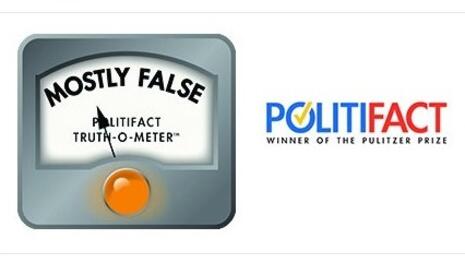 Facebook announced new rules this week clarifying its hate speech policy and stating that it may even fact-check opinion pieces on the platform. Facebook sent a statement to the International Fact-Checking Network (IFCN) Monday night, declaring that opinion pieces may not be immune from the scrutiny of fact-checkers. The next day Facebook’s VP of integrity Guy Rosen vowed that the platform will launch a new crackdown on “certain kinds of implicit hate speech” in an August 11 blog post.

Facebook’s devastating announcement about fact-checking was a turning point for the worse for any hopes that Facebook would be “moderate” in its moderation practices.

Facebook’s Monday statement to the IFCN made the distinction that “presenting something as opinion isn’t meant to give a free pass to content that spreads false information.” Facebook reportedly “wants its fact-checking partners and users to know that opinion pieces are not exempt from being fact-checked,” even if they are deliberately framed as op-eds or editorials, Poynter reported.

Poynter, which once hired an employee from the far-left SPLC to create an ill-fated blacklist of conservative news sources, summarized the two new ratings that Facebook will roll out for fact-checking:

“Facebook said that posts rated ‘altered’ will have their distribution dramatically reduced as is already the case with those flagged ‘false.’

Facebook Policy Communications Manager Andy Stone wrote a Twitter thread where he explained: “While opinion content generally isn't eligible to be assessed, content presented as opinion but based on underlying false information - even if it’s an op-ed or editorial - can be reviewed by third-party fact-checkers.”

That’s not Facebook’s only case of sliding down the slippery slope of censorship this week, however. Facebook vowed an impending crackdown on so-called hate speech the following day.

Rosen went on to write that Facebook has established “new inclusive teams and task forces,” such as the “Instagram Equity Team, and the Facebook Inclusive Product Council, to help us build products that are deliberately fair and inclusive.” He also explained that the platform will be “launching a Diversity Advisory Council.”

What conservatives and Christians know is that from Facebook’s clear record in recent weeks, opinions that are contrary to the leftist narrative are not allowed in this “inclusive” vision of a diverse future. Under the guise of cracking down on the most egregious forms of bigotry, this may instead lead to more censorship of the right. Indeed, it is conceivable that Facebook could begin censoring criticism of liberal billionaire George Soros as some kind of anti-Semitic canard.

ADL CEO Jonathan Greenblatt tweeted his support for the changes:

“Facebook announces it's explicitly adding blackface and common #antisemitic conspiracy theories to its hate speech policy. Let's be clear, these are minor steps to address urgent issues on the platform.

Greenblatt spoke at a February 26 panel hosted by the Council on Foreign Relations, where he bragged that his organization is working with Big Tech companies to “protect users' right to not be harassed or hated.” Greenblatt served as “special assistant to President Obama,” and before that “directed an initiative at the Aspen Institute, a George Soros-financed, left-leaning nonprofit.”

As far as hate speech is concerned, Facebook would be better off if it ignored the advice of the Anti-Defamation League, whose very purpose appears to be defaming conservatives. The ADL has even alleged that the “OK” hand gesture and imagery “directed against antifa” are signs one may be a white supremacist.