YouTube took down more than 300 ads from President Donald Trump’s election campaign in what is only the latest example of the company fighting with the right.

CBS News reportedly “found that over 300 video ads were taken down by Google and YouTube, mostly over the summer, for violating company policy. But the archive doesn't detail what policy was violated.”

This was only the latest in a series of anti-conservative controversies involving YouTube and its sister company Google. The companies have been accused of manipulating search results that impacted the 2016 election, running a campaign to turn out the Hispanic vote to help Democratic presidential candidate Hillary Clinton and having a post-election meeting that could best be described as a freakout over Trump’s victory.

Liberal professor Dr. Robert Epstein cited in a documentary the “Creepy Line” how Google manipulates search results in order to influence elections. He has testified in front of Congress and estimated that Google could have cost Trump at least 2.6 million votes in 2016. He further estimates that the company puts at least 15 million votes at risk in the 2020 election. 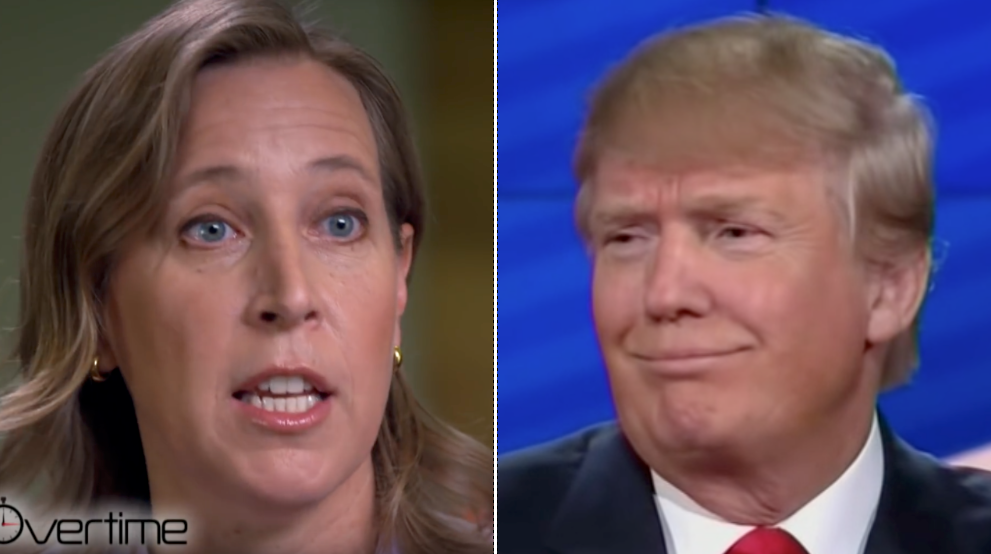 Google scrapped an entire AI ethics board over the inclusion of Heritage Foundation leader Kay Coles James, an African-American grandmother, calling her inclusion a “weaponization of the language of diversity.”

An internal document referred to as “The Good Censor” was reportedly produced by Google and leaked exclusively to Breitbart. The document indicated that Google saw itself as having a social responsibility to manage the online conversation following Trump’s election and suggested further that the “American tradition” of free speech on the internet is no longer viable.

Both PragerU and The Heritage Foundation have butted heads with the YouTube over censorship concerns.

YouTube has also specifically created a Twiddler system for boosting and deboosting content, essentially rigging the order of search results based upon various political keywords, according to a 950-page leak from Google whistleblower Zachary Vorhies.

The news of this latest bit of bias from Google/YouTube broke following a 60 Minutes interview of YouTube CEO Susan Wojcicki.

During the interview, 60 Minutes correspondent Lesley Stahl noted that “President Trump has been advertising a lot on YouTube lately,” and asked whether any of his ads have been taken down.

Wojcicki said that there indeed were "ads of President Trump that were not approved to run on Google or YouTube,” and that record of them was made "available in our transparency report."

But it seems that not even Congresswoman Alexandria Ocasio-Cortez (D-NY) is likely to believe that. She once claimed that algorithms, or computer analyses, “always have these racial inequities that get translated… if you don’t fix the bias, then you’re just automating the bias."