According to Live Action, Pinterest “permanently suspended” its account June 11 after a series of exposures about bias on the  platform. In an undercover investigation by Project Veritas, an insider  revealed how the site censors conservative content in general.

In response to the story, Live Action President and founder Lila Rose wrote that, “Pinterest has targeted Live Action, I believe because our message is so effective at educating millions about the humanity of the preborn child and the injustice of abortion.” She later added “If Planned Parenthood can promote their message on Pinterest, then Live Action should be able to as well.” 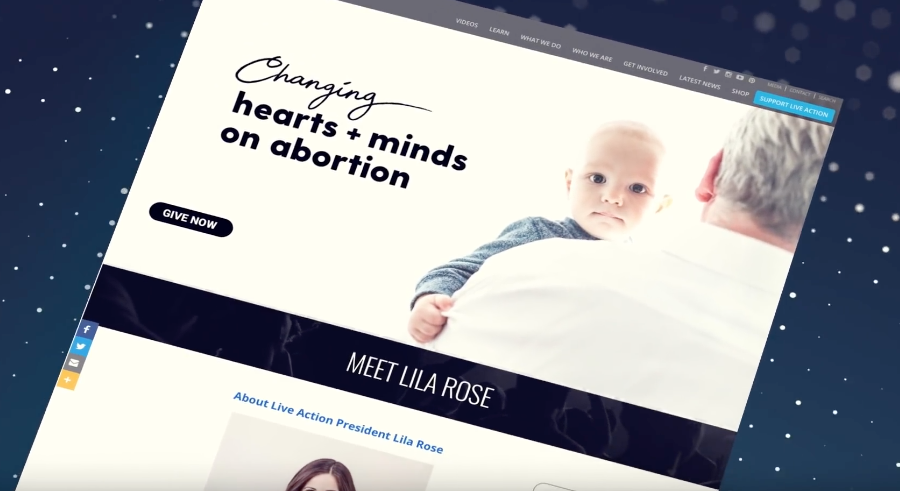 Pinterest is a website where users find images from across the internet and “pin” them to various themed boards such as artwork, fashion, and so on. They save images on the platform as well as the links to where they were originally found. By creating a registry of banned websites, the platform bans images from being saved from websites the company disagrees with politically.

This was only the beginning of disturbing revelations revealed in the Project Veritas exposee. When researchers tried to pin images from pro-abortion giant Planned Parenthood, they faced no such censorship. Similarly, while they faced no problem searching for “Muslim” or “Jewish” content, the search bar included no references to “Christian” imagery. In fact users had to use codes to work around the system so they could try to share Christian content.

On the other hand, Planned Parenthood Action has a Pinterest account with a robust variety of pro-abortion propaganda, political memes, and sexual advice.

Jewish conservative Ben Shapiro has been labelled by Pinterest Public Policy/Social Impact employee Ifeoma Ozuma as a “white supremacist.” According to the anonymous whistleblower, this took place during an internal war room discussion where “policymakers were making decisions about content.” Any mention of Shapiro discussing Islam was added to the sensitive terms watchlist.

One of the more sinister forms of censorship that took place was “Silent Removal,” where a user’s content will be removed without their knowledge. The whistleblower explained “we don’t want them to know that their content is being removed.”

Pinterest also has a hate speech training manual which instructs employees to “hide content diminishing the beliefs institutions and movements held sacred by others.”

Curiously, where people had to workaround the programming of the autocomplete bar to find Christian content, searching “atheist” immediately led to jokes and memes at the expense of religious believers, especially Christians. This writer immediately came across an image of a crucifix made entirely out of the word “lies” and one featuring an image of Mary holding the infant Christ captioned “If there has been DNA testing 2000 years ago, we wouldn’t have this fairytale today.”

So much for Pinterests’s defense of the “sacred,” whether it be the value of life or of Christianity.