Twitter CEO controls what people say on his platform. He found out he doesn’t have the same power appearing on the latest episode of the Joe Rogan podcast. It  featured Rogan and journalist Tim Pool teaming up against representatives from Twitter in a fiery debate that has since gone viral.

Rogan and Pool blasted Dorsey on everything from banning conservatives over “learn to code” to threats against the Covington Catholic High School students. Dorsey was joined on the defense with its head of Twitter’s “Trust and Safety” Vijaya Gadde. 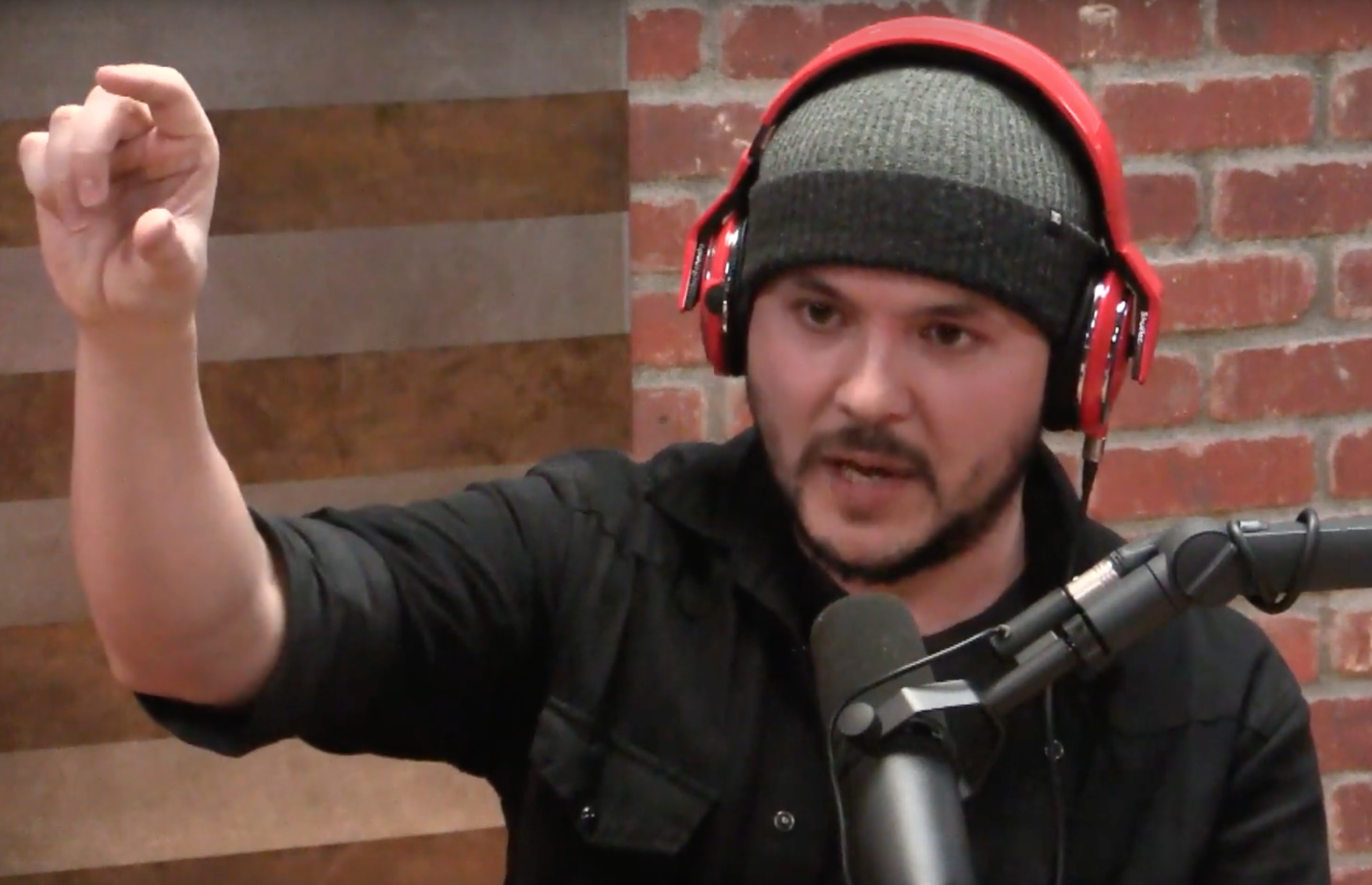 As the PostMillennial acknowledged, Rogan and Pool attack on how Twitter deplatformed commentators to defamed civilians and banned phrases such as the “Proud Boys, ‘Learn to code,’ Patreon, the continual smearing of Jordan Peterson, the false PewDiePie Nazi narrative, the debunked Data and Society ‘Alternative Influence Network’ report, the Covington boys and other controversies” such as the deplatforming of Alex Jones and Gavin McInnes. They used thes stories to illustrate “how everything is flowing in one direction—meaning that the far left is censoring and smearing centrists and the right on social media.”

Misgendering: When Scientific Facts are HateFacts

Rogan and Pool went after Dorsey over the issue of transgenderism and what can be said on the platform. They mentioned that while they harbor no ill will for people who identify as trans, they see Twitter’s policy of banning people who misgender others as problematic.

They brought up the case of Meghan Murphy, Canadian journalist and radical feminist founder of Feminist Current who was banned from the platform for misgendering a trans person.

“That doesn't make any sense to me. That seems like she should be allowed to express herself," Rogan said of Murphy. "This is not being mean. She's not being mean by saying a man is never a woman. This is a perspective that is scientifically accurate. That's part of the problem." 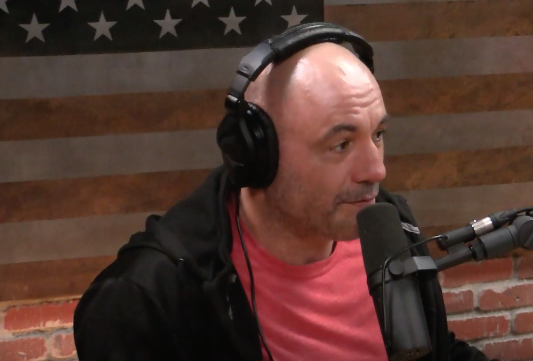 They critiqued Twitter’s policy that citing scientific facts about the sexual differences between men and women can be seen as harassment.

Rogan observed that "This seems like a good example of an ideologically based rule." He then added, "If she is saying that a man is never a woman, though, that is not in that context harassment. That is a very specific opinion that she has that happens to be biologically accurate."

Pool compared the fact that commenting on a person with body dysmorphia (such as believing they need to remove one of their own limbs) would not be an offense, but misgendering a trans person is “In the context of a targeted conversation I can say a bunch of things that would never be considered a ‘rule break’ but [misgendering] is, which is ideologically driven.“

This comment had Gadde visibly lost for words for a moment, before mechanically responding “Thank you for the feedback, again we’re always learning and trying to understand.”

Pool and Rogan duked it out verbally with Dorsey and Gadde over whether Twitter plays fair or picks favorites as far as who it protects.

On the issue of hate speech, Gadde commented that Twitter has protected classes of people, and that people are not allowed to be criticized for their identity “We have a lot of protected classes. Gender, race, nationality… these are the protected classes” he said. Here's part of that conversation:

ROGAN: But there’s not for white people. When you say gender or race.... 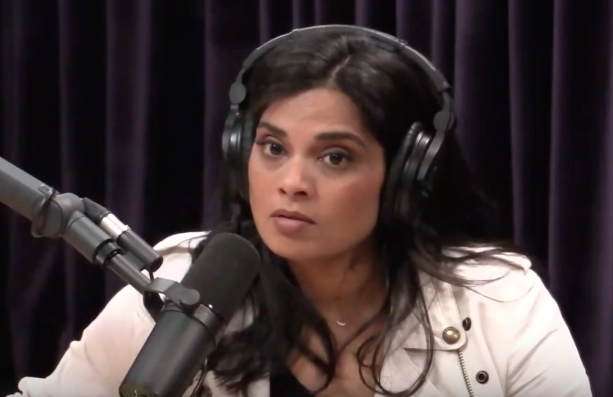 GADDE: But it protects all protected categories, you can’t attack someone for their belonging to a particular race or religion

ROGAN: But you can mock white people ad nauseam and it's not a problem, it doesn't get removed… if you mock a black person in the same way it's considered targeted racism… What is racism? Is racism only — this is this progressive perspective of racism that it's only possible if you're from a more powerful class, someone punching down, that's the only racism. I don't think that makes any sense. I think racism is looking at someone that is from whatever race and deciding that they are in fact less or less worthy or less valuable, whatever it is. That takes place across the platform against white people.

Pool steered the conversation towards Twitter’s hypocrisy on when it bans people and does not ban people for harassment:

POOL: So if someone threatened lives of someone else, would you ban that account? Let's say someone tweeted 3 times, ‘kill these people.’

POOL: You didn’t ban [House Shoes] though… during Covington this guy said multiple times, he wanted his followers to go kill these kids.

GADDE: Those tweets were taken down....Those accounts were [penalized], maybe not in the way you wanted them to but the tweets were forced to be deleted. We don’t usually automatically suspend accounts with one violation….it's a big thing to kick someone off the platform, I wanna make sure that when someone violates our rules they understand what happened and are given an opportunity to get back on the platform and change their behavior. 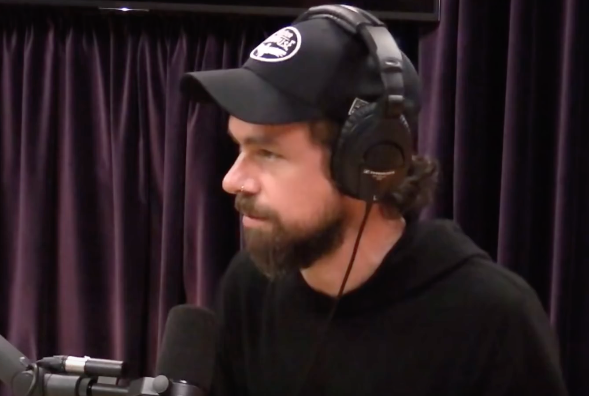 The incident being referred to was when verified celebrities called for the doxing (reveal of personal info) and deaths of the teens slandered at the Covington incident. The individual being referred to by Pool, though he refused to name him, was music producer Michael Buchanan (@HouseShoes on Twitter) who issued multiple calls to violence against the conservative youths.

“If you are a true fan of Shoes I want you to fire on any of these red hat bitches when you see them. On sight.”  He even gloated that Twitter would not ban him and retweeted other people requesting he be penalized just to mock their attempts.

Tim Pool raked Dorsey over the coals for how his platform undermines America’s most fundamental value: free speech:

POOL: “As an American I have a concern that the democracy I live in… you've now got a platform that is so powerful in our American discourse that foreign governments are now using it against us. You have rules that go beyond the scope of the US which will restrict american citizens from being able to participate, meanwhile foreign actors are free to do so so long as they play by your rules.  So our elections are being threatened by the fact that if there's an American citizen who says I do not believe in your misgendering policy and you ban them that person has been removed from public discourse on Twitter....at a certain level there are going to be american citizens who have been removed from this public discourse which has become so absurdly powerful, foreign governments weaponize it, because you have different rules than the American country has....If you're going to restrict American citizens from participating on a platform where even the president speaks, and its essentially you have a privately owned public space. If I could use an analogy that would be most apt… you've set rules that are not recognized by the U.S., in fact when it came to the supreme court hearing they said Hate Speech is not a violation, its actually protected free speech. So there's actual odds. So there might be someone who says I refuse to live by any other means than what the supreme court has set tdown, that means I have a right to hate speech....you will ban them. That means your platform is so powerful, its being used to to manipulate elections, and you have rules that are not recognized by the government to remove American citizens from that discourse so as a private platform you become too powerful to not be regulated if you refuse to allow people free speech.

DORSEY: I don’t think that issue is solved purely by not being more aggressive on something else that is taking people off the platform entirely as well which is abuse and harassment.... it’s a cost-benefit analysis… our rules are designed, in terms of what we’re trying to drive is opportunity for every single person to be able to speak freely on the platform.

POOL: That’s absolutely not true, you don’t allow ‘hate speech,’ so free speech is not on your platform.

He tweeted later that day that “Law abiding Americans” are “at a substantial disadvantage in influencing their own elections because a massive multi-national billion dollar corporation with foreign investors sets rules based on their ideology.”