Grabien Founder and Editor Tom Elliott “suspected this was coming.” Elliott said the company, which provides a suite of tools for newsmakers and curates its own original news content, had its YouTube channel demonetized. 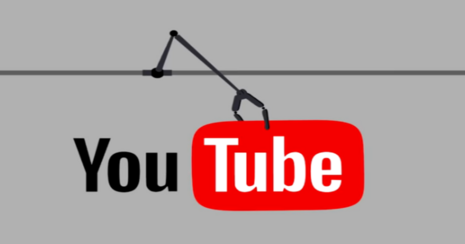 Demonetization, the act of prohibiting channels from profiting off their videos, is one of YouTube’s censorship tools used against creators. Elliott suggested he was unsurprised by YouTube’s move to demonetize Grabien’s channel since the platform had already given it a strike the month prior. The strike resulted from a video Grabien uploaded to its channel of former President Donald Trump speaking at the Conservative Political Action Conference.

YouTube then “age-restricted” two videos shared by Grabien’s channel a few days later, according to Elliott. “We wanted to let you know that our team has reviewed your content and we don’t think it’s in line with our Community Guidelines,” YouTube told Grabien, according to screenshots Elliott posted on Twitter.

YouTube’s broad guidelines for monetization make demonetization a common occurrence, especially as content moderation practices became even stricter due to COVID-19 and the 2020 election. The term “adpocalypse” was born out of Youtube’s aggressive demonetizing of “videos that might be problematic, in an effort to prevent companies from halting their ad spending,” according to The Verge. “By promoting videos that meet certain criteria, YouTube tips the scales in favor of organizations or creators — big ones, mostly — that can meet those standards,” wrote the left-leaning tech outlet about the impact of YouTube’s demonetization practices.

Elliott recognized that many smaller creators “rely heavily on Google for their revenue.” But he pointed out that Grabien’s “channel has no real importance” to the company’s bottom-line. “In fact, their targeting of conservative sites only validates the importance of companies like  @GrabienMedia offering better, freer alternatives,” he said.

Nevertheless, Elliott still lambasted YouTube for demonetizing his company’s channel. YouTube’s “stated reason,” according to Elliott, was that Grabien was reusing content “without making changes that add significant value.” Elliott clapped back on Twitter saying such a claim was “untrue” because Grabien “only post[s] original montages and news clips pulled from public domain news sources. If it were true, surely they would’ve flagged specific clips.”