In covering the failed terrorist attack at a Prophet Mohammad cartoon event in Texas, NBC neglected to describe the two gunmen on Monday evening as “Islamic extremists” or “terrorists,” while all three English networks (ABC, CBS, and NBC) prominently touted the Southern Poverty Law Center’s (SPLC) description of AFDI as an “anti-Muslim” or “anti-Islamic” “hate group.”

NBC Nightly News interim anchor Lester Holt declared in a tease that “gunmen” had “opened fire at an anti-Islamist event in Texas” and later, before correspondent Jacob Rascone’s report, asserted that “[i]t happened at a Dallas suburb where a group the Southern Poverty Law Center has labeled an anti-Islamic hate group was holding a Prophet Muhammad cartoon contest.”

On the subject of whether it was a work of terrorism, Holt only went as far as to note that “authorities are investigating it as a possible terror attack.” As for Rascon, the NBC News correspondent continually referred to the terrorists as only “gunmen” or “suspects” and parroted the SPLC’s label from Garland, Texas:

Sunday night’s attack targeted a meeting of the American Freedom Defense Initiative, labeled by some as an anti-Islamic hate group. It sponsored a contest, offering $10,000 for the best cartoon of the Muslim Prophet Muhammad, something considered deeply offensive by many Muslims. Despite heightened security at the event, two men in body armor jumped out of their car wielding assault rifles and opened fire. The only thing standing between them and 200 people inside was a traffic officer.

Turning to ABC’s World News Tonight, anchor David Muir led off the broadcast with “fast-moving developments after the terror in Texas” and “deadly shootout” outside “a cartoon competition [and] a provocative one” as “artists [were] drawing the Prophet Muhammad.”

After not doing so on Good Morning America, correspondent Ryan Owens tweaked his report and referred to the Arizona roommates behind the foiled attack as “suspected terrorists armed with assault rifles” who were “outgunned by a traffic cop and his pistol.”

When it came to relaying what happened, however, Owens told viewers that the shootout took place at an event center “hosting a contest for cartoons of the Prophet Muhammad, deeply offensive to Muslims.”

Later in his report, Owens elaborated along with mentioning the leftist group in SPLC:

The group holding the Muhammad cartoon contest, the American Freedom Defense Initiative. It's been called an anti-Muslim hate group by the Southern Poverty Law Center. They had to shell out an additional ten grand for security before this venue would even agree to host them. As much carnage as those terrorists were hoping to cause here, they only managed to shoot a school resource officer in the leg. He's fine tonight. So many crediting that Texas cop and his pistol.

While the CBS Evening News also promoted the SPLC’s labeling of AFDI, the CBS newscast stood out in how it described those behind the shooting. Anchor Scott Pelley made the immediate connection to Islam in one of the show’s opening teases: “Islamic extremists open fire in a terror attack near Dallas. We now know who the suspects were.”

With the on-screen headline “terror attack foiled,” Pelley stated how:

Had it not been for one unknown cop, the nation would very likely be counting the dead and wounded tonight after another terror attack. Two Islamic extremists apparently intent on mass murder targeted an auditorium outside Dallas last evening. Inside, hundreds had gathered for a well-advertised anti-Islam event. The assault began like the Paris massacre last January, except the first people these gunmen encountered was a security team. The suspects opened fire with assault rifles. The police officer killed them on the spot.

When it came time to mentioning the group hosting the event, correspondent Omar Villafranca reported that “[t]he failed attack targeted an anti-Islam event in which 200 people were competing to draw cartoons of the Prophet Muhammad. Muslims believe any drawing of the Prophet is blasphemous.”

Towards the end of his report, Villafranca brought up the SPLC:

Heavily armed security guards were brought in for the event because trouble was a real possibility. The contest was organized by the American Freedom Defense Initiative, which has been labeled an anti-Muslim hate group by the Southern Poverty Law Center, which tracks hate groups in America.

The relevant portions of the transcript from May 4's NBC Nightly News can be found below. 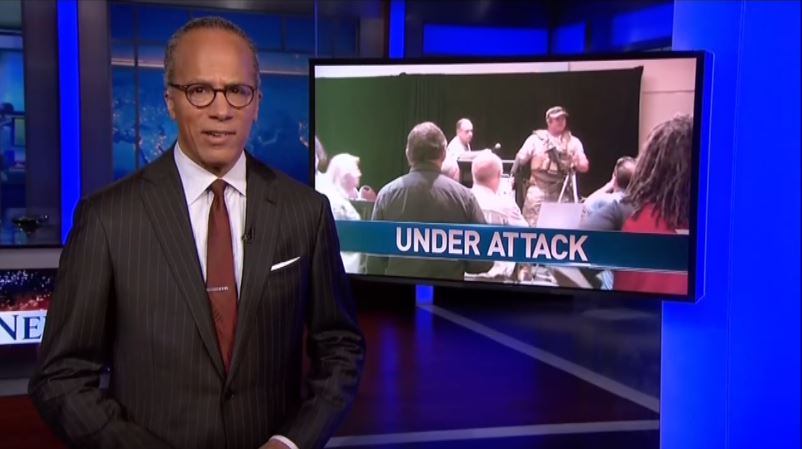 LESTER HOLT: On this Monday night. Under attack. Late details about the gunmen, armed with assault rifles, opening fire at an anti-Islamist event in Texas and the hero cop who took them down.

HOLT: It was an attack that quickly drew comparisons to the Charlie Hebdo massacre in Paris, except this assault happened in Texas and in this case, the two well-armed attackers were shot and killed in an exchange of gun fire before they could kill. It happened at a Dallas suburb where a group the Southern Poverty Law Center has labeled an anti-Islamic hate group was holding a Prophet Mohammad cartoon contest. Tonight, authorities are investigating it as a possible terror attack. Meantime, the two shooters have been identified and at least one, it turns out, had already been on the FBI's radar. Jacob Rascon reports tonight from Garland, Texas.

JACOB RASCON: This mangle car, driven by the two gunmen, detonated by police to get rid of any potential explosives as authorities investigate whether this event was a terrorist act.

GARLAND POLICE SPOKESMAN JOE HARN: We're certainly looking into that. We have not knocked that out, but we're working with the FBI. 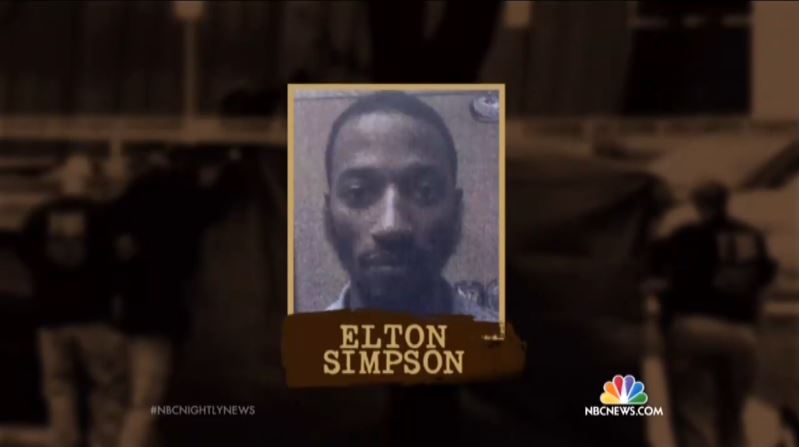 RASCON: One of the suspects, Elton Simpson, was known to the FBI, convicted five years ago of lying to federal agents about his travel plans to Africa. Sunday night’s attack targeted a meeting of the American Freedom Defense Initiative, labeled by some as an anti-Islamic hate group. It sponsored a contest, offering $10,000 for the best cartoon of the Muslim Prophet Mohammad, something considered deeply offensive by many Muslims. Despite heightened security at the event, two men in body armor jumped out of their car wielding assault rifles and opened fire. The only thing standing between them and 200 people inside was a traffic officer.

HARN: The officer was using duty pistol. They were using assault rifles.

HARN: He did a very good job and probably saved lives.

SWAT TEAM MEMBER AT EVENT: We are going to move y'all into the auditorium.

EVENT WITNESS KATRINA PIERSON: But in a matter of seconds, the Garland police Department came in, secured all exits and said they didn’t want us to leave the room.

RASCON: Law enforcement sources say Simpson and the other suspect, Nadir Soofi, were roommates living in Phoenix. Today, authorities searched their apartment for clues and evidence of the planning behind the attack. The group's leader, Pam Geller, today rejected the suggestion that she intended to provoke an attack. 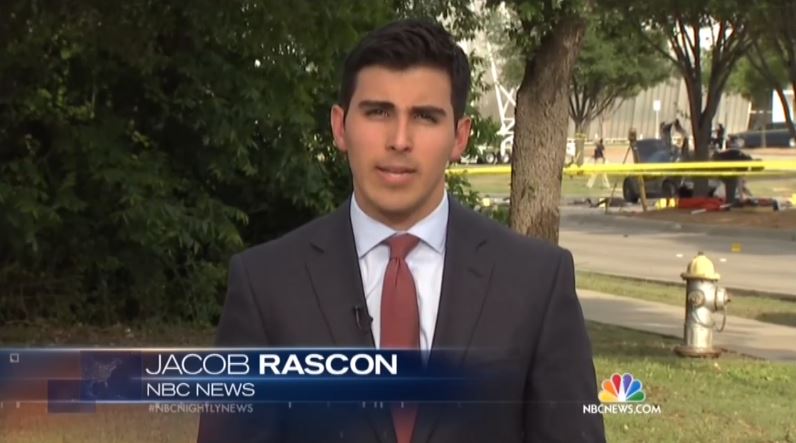 RASCON: Many Muslim leaders in the region and world have come out and condemned the attack. This as we learned that one of the gunmen tweeted out allegiance as a holy warrior about a half hour before the shooting.