NBC Pushes Hope ‘Some Minds’ 'May be Changing’ on Iran Framework

During its coverage of the Iran framework on Monday, NBC Nightly News touted the hopes of proponents and the Obama administration that the “details of a deal may be changing” the minds of “some” critics as President Obama and Energy Secretary Ernest Moniz began selling the agreement in press conferences, interviews, and calls with world leaders.

Interim anchor Lester Holt began by promoting President Obama’s recent interview with National Public Radio in which he said forcing Iran to recognize Israel’s existence as part of a final nuclear deal (as Israel has insisted) would be a “fundamental misjudgement.”

Senior White House correspondent Chris Jansing then led off with the declaration that “[t]he latest sign of the intensifying White House campaign for a nuclear deal with Iran” took place Monday with “[t]he surprise appearance of the energy secretary” at daily White House press briefing.

After a soundbite from Moniz, Jansing gushed that his “hair made him an internet sensation” and that “he’s a nuclear physicist who’s taking the lead selling the science of the deal now embroiled in politics” while Obama leads “[t]he political sales job.”

Turning to Congress, Jansing ruled that “Obama still vows to veto a bill that would give Congress control over any deal” despite that fact that “opponents had 66 of the 67 votes the to override that veto” as of last week.

However, Jansing went back to spinning for the White House with the suggestion that “details of a deal may be changing some minds” in addition to citing White House ally and Democratic Senator Ben Cardin (Md.), who she described as “a key player” and someone “ready to give the White House some breathing room.”

While Jansing included soundbites from Cardin, Moniz and Obama, she failed to include a single soundbite from critics of the agreement or deal as a whole. At the conclusion of the segment, Jansing referenced “one senior official” who told her late Monday that “any vote” in Congress “is still too close to call.”

The CBS Evening News also devoted time to the framework in the form of a 56-second segment. Leading into a report from CBS News chief White House correspondent Major Garrett, substitute anchor Jeff Glor stated that “[t]he President used strong words to address concerns both here and in Israel” as the White House continues to sell the plan.

Even though CBS and NBC covered this topic on their Monday evening newscasts, ABC’s World News Tonight with David Muir made no mention of the issue on its Monday show.

The relevant portions of the transcript from March 6's NBC Nightly News can be found below. 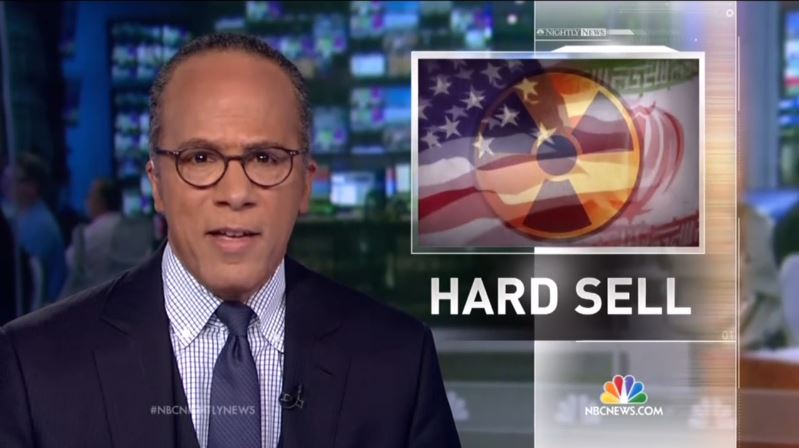 LESTER HOLT: In an interview late today, President Obama said it would be a “fundamental misjudgment” to try and force Iran to recognize Israel as part of a nuclear deal as Israel is demanding and differences are emerging over what the U.S. and Iran consider part of that deal, even as the Obama administration is giving it the hard sell. Here's NBC's Chris Jansing.

CHRIS JANING: The latest sign of the intensifying White House campaign for a nuclear deal with Iran? The surprise appearance of the energy secretary at the daily briefing.

ENERGY SECRETARY ERNEST MONIZ: This is not built upon trust. This is built upon hard-nosed requirements.

JANSING: Ernest Moniz's hair made him an internet sensation, but he’s a nuclear physicist who’s taking the lead selling the science of the deal now embroiled in politics. The political sales job, led by the President, who's given two sit-down interviews in three days.

JANSING: Obama still vows to veto a bill that would give Congress control over any deal and just last week, opponents had 66 of the 67 votes the to override that veto., but details of a deal may be changing some minds and Senator Ben Cardin, a key player, is ready to give the White House some breathing room. [TO CARDIN] Should Congress take action though before the deadline June 30th?

DEMOCRATIC SENATOR BEN CARDIN [Md.]: Well, we want to make sure anything we do is not inconsistent with the President's negotiations. 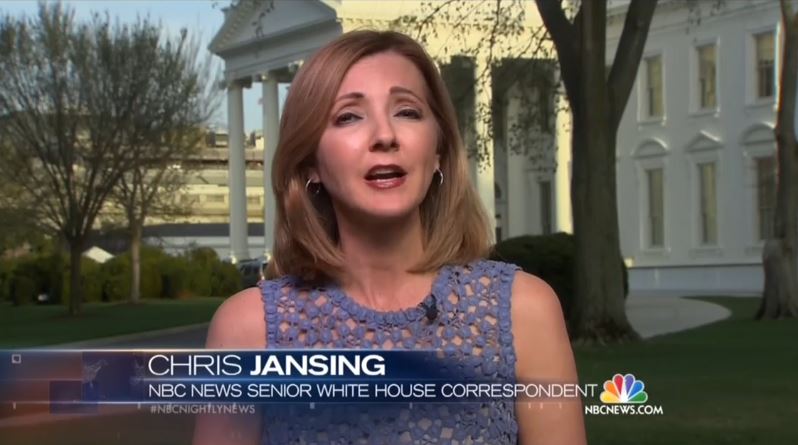 JANSING: But beyond Capitol Hill, the President's also intensely lobbying world leaders, calling at least nine of them in recent days including Saudi Arabia, which today issued a statement expressing “hope for attaining a binding and definitive agreement.” There are still a lot of questions tonight about what that final agreement will look like. Iran disputing some U.S. claims on key issues including whether sanctions would be phased out gradually and White House officials are continuing to call members of Congress tonight. One senior official just told me that any vote is still too close to call.