On Tuesday’s NBC Nightly News, NBC News national correspondent Peter Alexander reported on the current makeup of the Republican presidential field in 2016 on the heels of news that the Republican nominee in 2012, Mitt Romney, has begun reassembling his campaign staff to make a third bid for the White House.

In the course of mentioning former Arkansas Governor Mike Huckabee as one of those possible candidates, Alexander declared that Huckabee was already out “preaching to the party's right wing in his new book” and “skewering the First Family's parenting skills.”

Alexander’s comments on Huckabee came in reference to the release of the former Fox News Channel (FNC) host’s latest book, God, Guns, Grits, and Gravy, and included no elaboration on why the possible 2016 Republican presidential candidate was “skewering” the Obamas in the book.

What he was referring to, though, was a passage in which he questioned the President and First Lady Michelle Obama for allowing their daughter’s to listen to Beyonce and her husband Jay-Z:

Jay-Z and Beyonce have been to the White House numerous times, but how can it be that the Obamas let Sasha and Malia listen to that trash? Apparently they do, since President Obama made this comment in a 2012 interview with Glamour magazine:

"We actually share tastes in hip-hop and rap music but we don't listen to it together, because some of the language in there would embarrass me -- at least while I'm listening to it with her."

While the term “right wing” was applied to Huckabee, NBC’s evening newscast refused to label Democratic Senator Barbara Boxer (Calif.) a liberal on Thursday following news that she would be not be seeking reelection in 2016 and instead retire.

Going forward, the distinction between how often or little the networks apply the terms conservative, right-wing, far right, liberal, progressive, far left, and left-wing will undoubtedly be an angle to watch as the network coverage of the 2016 presidential election heightens as 2015 moves along.

The complete transcript of the segment that aired on NBC Nightly News on January 13 is transcribed below. 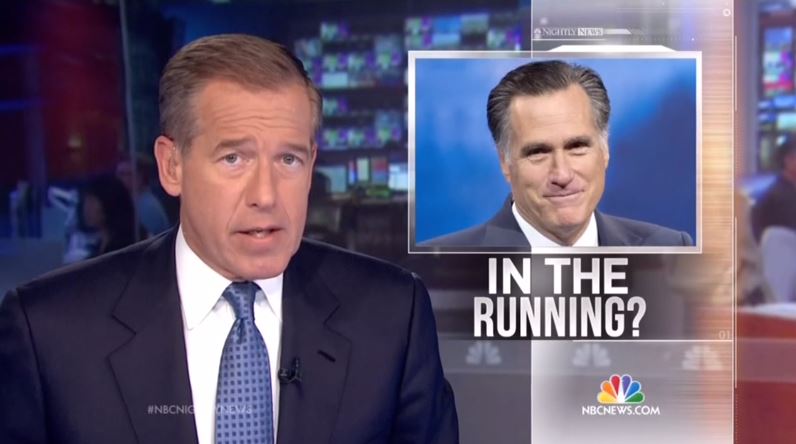 [ON-SCREEN HEADLINE CAPTION: In the Running?]

BRIAN WILLIAMS: The race for the White House has suddenly gotten very hot, and possibly very crowded, as the GOP attempts to win back the oval office. Many potential Republican candidates, including at least one who's been there before, who seemed on the fence, or had ruled out a run completely, now seem like they may be on the verge of going in. Our report tonight from NBC's Peter Alexander.

PETER ALEXANDER: Already, the 2016 race is looking as crowded as it is unpredictable. At times today, New Jersey Governor Chris Christie sounded like a man who would rather be giving a State of the Union address instead of a State of the State. Here on American’s economic anxiety:

NEW JERSEY REPUBLICAN GOVERNOR CHRIS CHRISTIE: I heard it from farmers in Kansas and from teachers in Colorado. I felt it from veterans in Maine and from workers in Arkansas.

ALEXANDER: A pair of competing political dynasties will collide if Jeb Bush and Mitt Romney dive in. Both men were expected to take a pass, especially Romney, after a stinging 2012 defeat.

MITT ROMNEY (during previous Meet the Press appearance): I'm not running for president, I said that so many times. 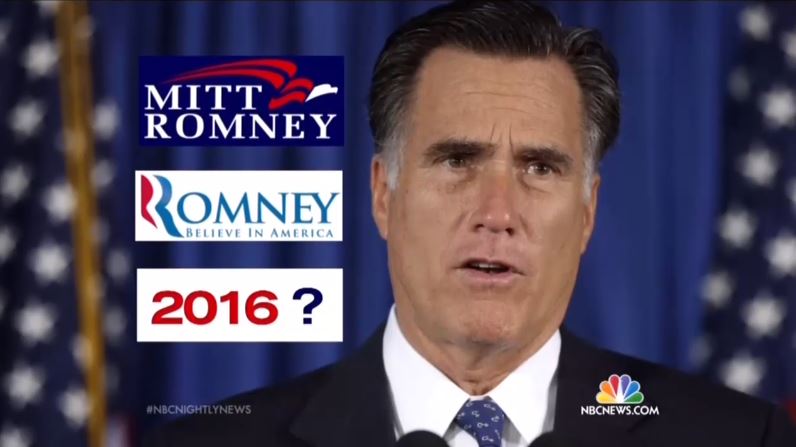 ALEXANDER: But now, get ready for Romney 3.0. A Romney adviser telling NBC News today, “I’d be surprised if he didn't run.” And Bush is aggressively courting donors.

REPUBLICAN SENATOR RAND PAUL (KY.): I think he's had his chance and I think it's time for some fresh blood. 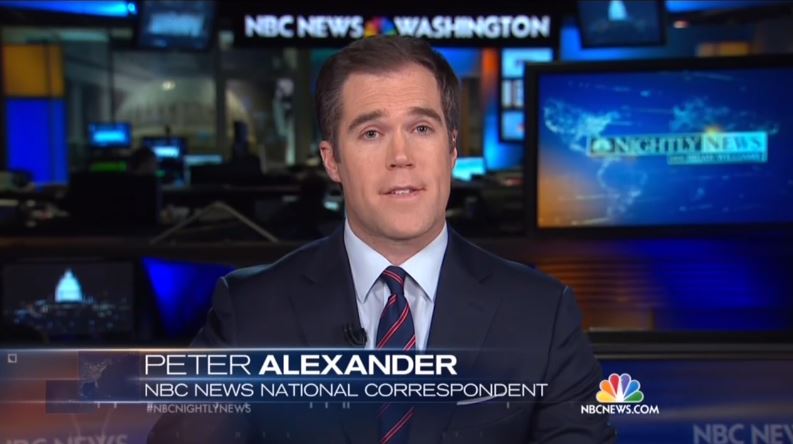 NBC NEWS SENIOR POLITICAL EDITOR MARK MURRAY: This Republican field is shaping up to be more diverse and more fascinating, than we ever thought would be the case a couple of months ago. This could be anyone's ball game.

ALEXANDER: And history is on the Republicans' side, only once since World War II has either political party held on to the White House for three straight terms. Brian, Democrats feel confident too with Hillary Clinton still their presumed front-runner.

WILLIAMS: And we should add, it’s early yet. Peter Alexander in our D.C. newsroom tonight. Peter, thanks.