On Wednesday, ABC’s Good Morning America had a segment that promoted how, due to budget cuts, the IRS will be forced to “delay those refund checks,” “increase the risk of identity theft," conduct “46,000 fewer audits,” and maintain an “IRS help line” that “is going to become much less helpful.”

Co-host George Stephanopoulos lamented about “fewer audits means less revenue to the Treasury” to run the federal government and then asked ABC News chief White House correspondent Jonathan Karl if there was “any chance that this can get fixed this year or is it a lost cause for this year.”

Karl brought up the hypothetical possibility that “they could go to Congress and get emergency funding,” but fretted “even though this ultimately cost taxpayers money, the budget cuts, don't look for Congress to be sending more money to the IRS.”

Before moving on with the show, Stephanopoulos agreed by adding how “that is not at the top of the agenda right now.”

During a similar report by Karl on Tuesday’s World News Tonight, anchor David Muir stated that Americans will now “pay a price for” having an IRS with a reduced budget.

This was far from the first two instances in which ABC News complained not about the IRS’s targeting of conservative groups but instead that the IRS does not having enough funding.

On April 11, 2014, the Media Research Center’s Matthew Balan reported how a segment on what was then-World News with Diane Sawyer focused on the IRS being unable to maintain a fully functioning help line and not the House Oversight Committee voting to hold former official Lois Lerner in contempt of Congress:

ABC's David Kerley pressed I.R.S. Commissioner John Koskinen about taxpayers who are unable to "get an answer as to how much they're supposed to pay," due to long wait times on the agency' help line.

However, Kerley didn't bother to ask Koskinen about the House Ways and Means Committee's Wednesday vote to refer former IRS official Lois Lerner to the Justice Department for prosecution, over alleged targeting of Tea Party groups for auditing.

The transcript of the segment that aired on ABC’s Good Morning America on January 14 is transcribed below. 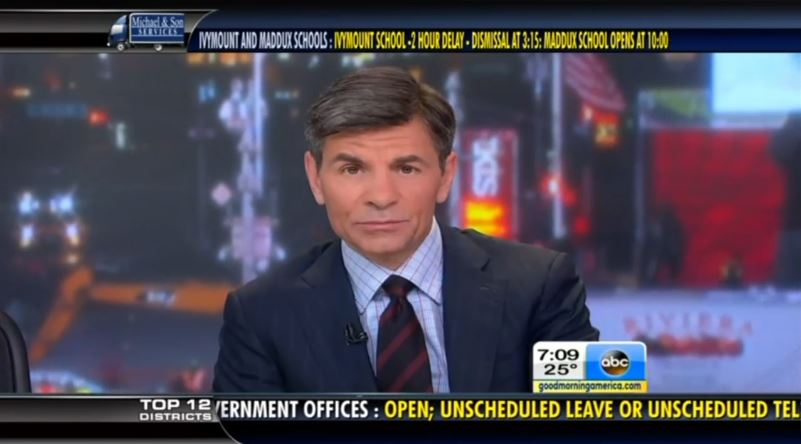 GEORGE STEPHANOPOULOS: We’re going to stay in Washington and some tough news for all of you expecting a tax refund this year. ABC News has obtained an e-mail from the head of the IRS warning that budget cuts will delay those refund checks, increase the risk of identity theft. ABC’s Jon Karl reports that from the White House. Good morning, Jon.

JONATHAN KARL: Good morning George. It's going to be quite a tax season. In this e-mail sent to all IRS employees and obtained by ABC News, the commissioner warns that because of the budget cuts, among the things he's going to have to do is delay sending refund checks to taxpayers. The delay will be about a week or so. Also, the IRS help line is going to become much less helpful. In fact, only about half those who call will actually get through to somebody. There will be 46,000 fewer audits and on top of all that, measures the IRS has been planning to put in to protect against identity theft will be delayed as the commissioner writes, “we have no choice but to do less with less.” 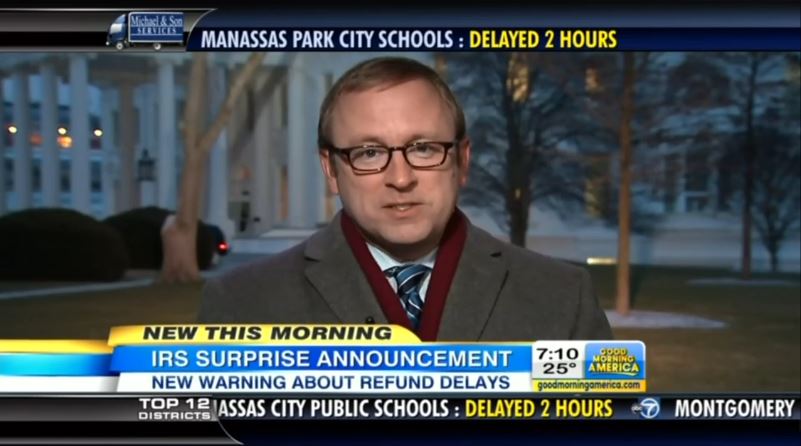 STEPHANOPOULOS: And Jon, fewer audits means less revenue to the Treasury, to the government. Is there any chance that this can get fixed this year or is it a lost cause for this year?

KARL: Well, I suppose they could go to Congress and get emergency funding, George, but even though this ultimately cost taxpayers money, the budget cuts, don't look for Congress to be sending more money to the IRS.

STEPHANOPOULOS: Yeah, that is not at the top of the agenda right now. Okay, Jon Karl, thanks very much.

The complete transcript of the segment that aired on ABC’s World News Tonight with David Muir on January 13 can be found below. 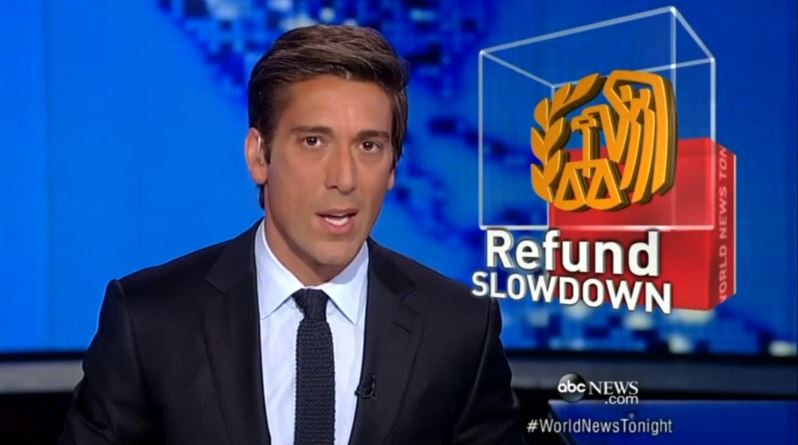 MUIR: Tonight, back here at home, to your money, your taxes. ABC News has obtained an alarming e-mail from inside the IRS, warning of delayed tax refunds, and that's not all. Let's get right to ABC’s chief White House correspondent Jonathan Karl and what he’s learned. 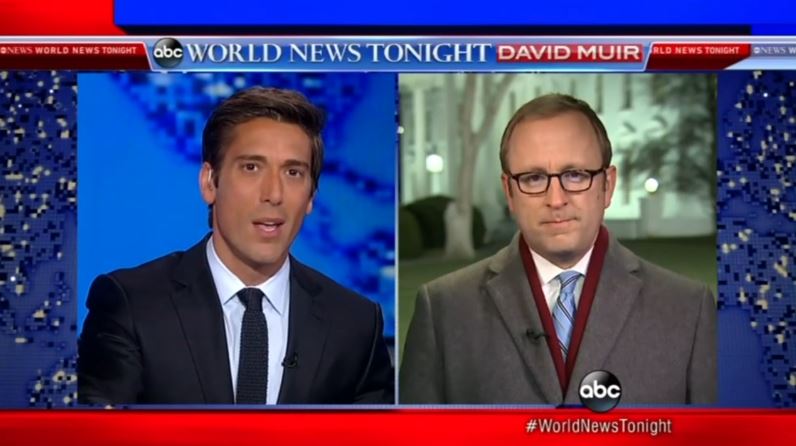 JONATHAN KARL: Coming soon from the IRS, delayed tax refunds, more risk of identity theft and worse customer service. That's the word from IRS Commissioner John Koskinen. In an e-mail to IRS employees obtained by ABC News, the Commissioner says the IRS budget has been cut so severely, quote, “we have no choice but to do less with less.” Refund checks will be slowed by a week or more and that IRS help line? Only about half the people who call will actually get through. About the only people to benefit? Tax cheats. The IRS will conduct 46,000 fewer audits.

MUIR: Alright, Jon Karl live from the White House. So, fewer audits. A lot of people are going to like hearing that. We also pay a price for that, too, Jon.

KARL: That's right. According to the tax commissioner, fewer audits, fewer officers to go after tax cheats means that you will have $2 billion less in revenue coming in to the Treasury.