NBC Plays Up Both Sides as 'Digging In'; Ignores Obama's Coolness to GOP Policy Goals

On Thursday night, NBC Nightly News played up the current political state of affairs in Washington as both Republicans and Democrats having “dug in” to their policy preferences, but focused only on how Republicans want to repeal “the President’s signature accomplishment” and are angered that he will go through with an executive order on illegal immigration.

Later, Williams introduced Jansing’s report by declaring that “it is safe to say the honeymoon” of promises for bipartisanship “is over” as “today sounded like nothing at all had changed.”

In her report, Jansing said how Republicans had on Thursday “doubled down on getting rid of the President’s signature accomplishment” in ObamaCare and how “angry” the GOP was that “the President pledged to bypass Congress to do immigration reform.”

Additionally, she suggested that a bipartisan lunch that the President is hosting at the White House on Friday “could set the tone for the future.”

In wrapping up her story, Jansing summarized what’s at stake for the President and the GOP with Obama not “want[ing] to squander his last two years in office” while Republicans “want to prove that, after years of gridlock, Congress can get something done.”

NBC Nightly News’s coverage on Thursday night joined the CBS Evening News with Scott Pelley in offering a similar segment from CBS News congressional correspondent Nancy Cordes. Over on ABC’s World News Tonight with David Muir, it returned to having scant political coverage as it offered no coverage mentioning Congress or President Obama in how both sides are proceeding after the midterm elections.

The transcript of the segment from November 6's NBC Nightly News can be found below. 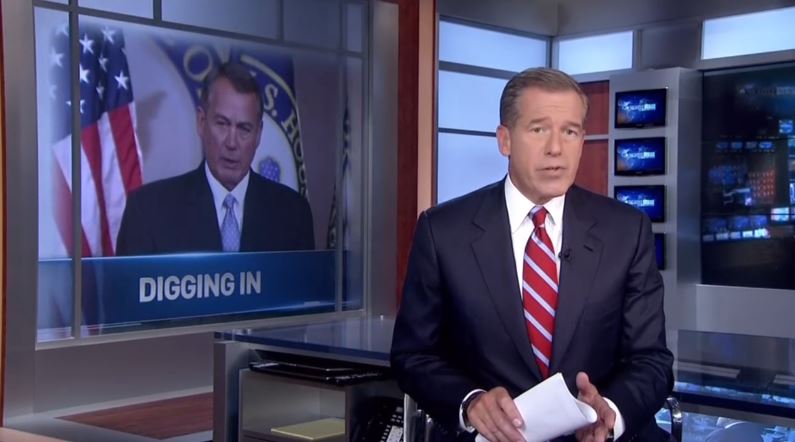 BRIAN WILLIAMS: Digging in, how's that cooperation going that everybody promised after the election results? Tonight, we have a reality check.

WILLIAMS: In Washington tonight, it is safe to say the honeymoon is over. A day after both sides talked up compromise and cooperation, just two days after the election that changed the balance of power in this country, the talk just today sounded like nothing at all had changed. Our report tonight from our senior White House correspondent Chris Jansing.

SENATOR JOHN BARRASSO (R-WYO.): We're going to break through the gridlock, put bills on the floor of the Senate.

JANSING: To the newly chasten Democrats –

CONGRESSMAN ELIJAH CUMMINGS (D-MD): This blame game thing, people are tired of it.

JANSING: Today was full of pledges to make Washington work, but on core issues, both sides dug in. Republicans are angry the President pledged to bypass Congress to do immigration reform.

SENATOR JOHN MCCAIN (R-ARIZ.): I literally am pleading with the President of the United States not to act. 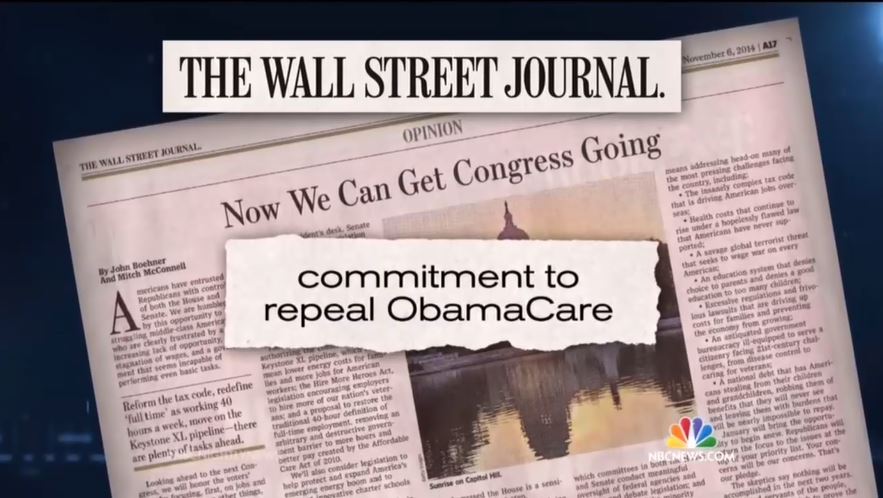 HOUSE SPEAKER JOHN BOEHNER (R-OH.): When you play with matches, you take the risk of burning yourself.

JANSING: And Republican leaders doubled down on getting rid of the President's signature accomplishment, making a commitment to repeal Obamacare. All ten newly elected Republican Senators ran on that.

NARRATOR FROM JONI ERNST FOR SENATE AD: And once she sets her sights on ObamaCare, Joni's going to unload.

JANSING: [TO WHITE HOUSE CHIEF OF STAFF DENIS MCDONOUGH] Is the honeymoon over before it starts?

WHITE HOUSE CHIEF OF STAFF DENIS MCDONOUGH: No, I mean, look, I think we have Republicans have deeply held beliefs. We have deeply held beliefs. The President said yesterday that to American people voters and nonvoters alike that he hears them, that he understands Washington is now working the way they expect it to work and he understands that he has a particular responsibility to make it so.

JANSING: The economy will be a focus when the two sides come face-to-face for the first time since election night tomorrow over lunch at the White House. The President and 14 invited congressional leaders. It could set the tone for the future.

FORMER WHITE HOUSE OF STAFF ANDY CARD: The President should have a piece of humble pie before he starts a meeting and I hope the Republicans will not pound their chest. 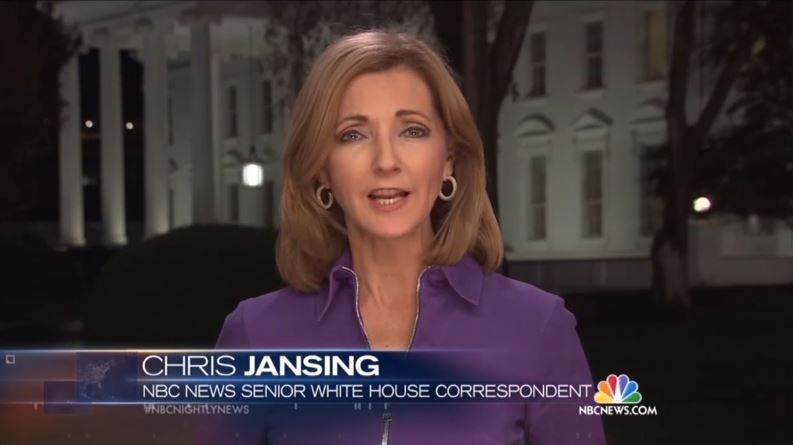 JANSING: Both sides have skin in the game. The President, who doesn't want to squander his last two years in office, and Republicans, who want to prove that, after years of gridlock Congress can get something done. Tomorrow's meeting what's called the old family dining room has actually been in the works for a couple weeks now to try to jump start a broken system to get Washington working again. To the question of can it, most people I ask here and on the Hill say simply, I hope so. Brian?

WILLIAMS: Chris Jansing on the north lawn of the White House. Chris, thanks.