NBC Nightly News showered praise on President Obama regarding his Ebola response on Tuesday night, proclaiming that Obama was “hitting back” and “[came] out swinging in this fight over quarantines” against those who demanded and then implemented quarantines for aid workers returning from West Africa.

The rhetoric followed NBC’s Today from Tuesday morning in which Matt Lauer slammed Republican New Jersey Governor Chris Christie for quarantining health care workers that return to the United States through his state after treating those stricken with Ebola in Africa. [MP3 audio here; Video below]

Right off the bat, anchor Brian Williams said this during the shows opening tease: “On our broadcast tonight, hitting back. As another American Ebola survivor is released, the President comes out swinging in this fight over quarantines.”

Before NBC News national correspondent Kate Snow led off the broadcast with the latest news regarding Ebola, Williams helped to set the scene with the declaration of “here is what public officials are up against in trying to tamp down the panic over Ebola.”

Snow reported that Obama had earlier in the day “urged Americans to keep perspective” since all the Americans stricken with Ebola who have been cared for in the U.S. have gone on to live. She also said the President saved “his sharpest message” for “states enforcing mandatory quarantines for health care workers returning from West Africa.”

Also included in her report were soundbites from Christie on his actions regarding Ebola when asked by reporters about it today. Christie assured them that “[w]e don't take anything for granted” and when confronted by a reporter with a snarky comment of “[l]ooks like you're going to have to defend this in court,” the Garden State Governor made it clear that he would not be rattled by the criticism. “Well whatever. Get in line. I've been sued lots of times before. Get in line. I'll be happy to take it on,” he replied.

The relevant portions of the transcript from NBC Nightly News on October 28 can be found below. 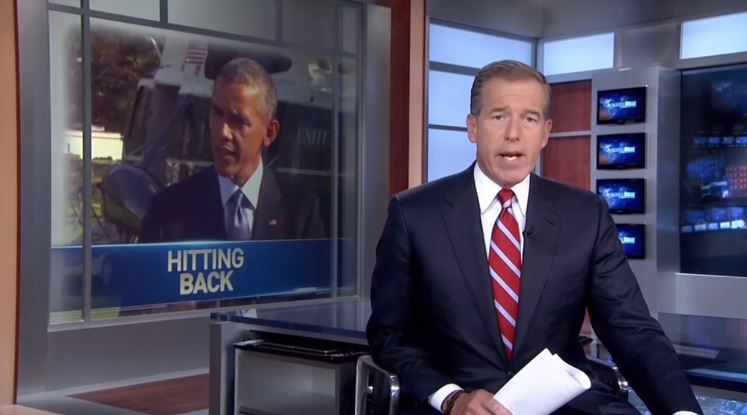 BRIAN WILLIAMS: On our broadcast tonight, hitting back. As another American Ebola survivor is released, the President comes out swinging in this fight over quarantines.

WILLIAMS: Good evening and here is what public officials are up against in trying to tamp down the panic over Ebola. The nurse who spent the weekend in a quarantine tent in New Jersey after returning from Africa is home in the state of Maine tonight, and because her boyfriend lives in Ft. Kent in northern Maine, the local paper there says some patients have canceled elective procedures at the local hospital. Even though this nurse, Kaci Hickox, has never been there, has no plans to go there and is not sick and may not be anywhere near there. The President today said people like her need to be applauded, thanked and supported for their work with Ebola patients in West Africa....

TEXAS NURSE AMBER VINSON: I'm so grateful to be well.

PRESIDENT BARACK OBAMA: Of the seven Americans treated for Ebola so far, all have survived.

OBAMA: We don't want to discourage our health care workers from going to the front lines and dealing with this in an effective way. 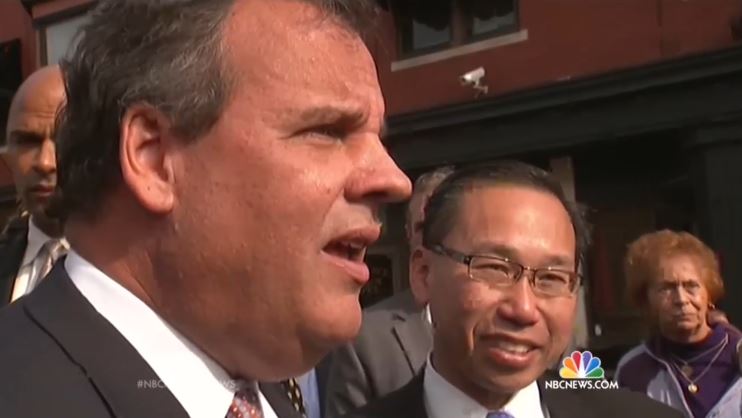 SNOW: This afternoon, New Jersey governor Chris Christie defended his decision to keep a nurse who returned from Sierra Leone in a tent for three days.

UNIDENTIFIED REPORTER: [TO CHRISTIE] Looks like you're going to have to defend this in court.

SNOW: That nurse is back in her home state of Maine tonight. A new Facebook group popped up overnight protesting her return, but in a strongly worded editorial in the New England Journal of Medicine, doctors say quarantining health care workers is “unfair and unwise” because Ebola is so hard to transmit early on even with a fever.