Boston Globe Reporter: ‘Bush Had No Coalition’ For Iraq War 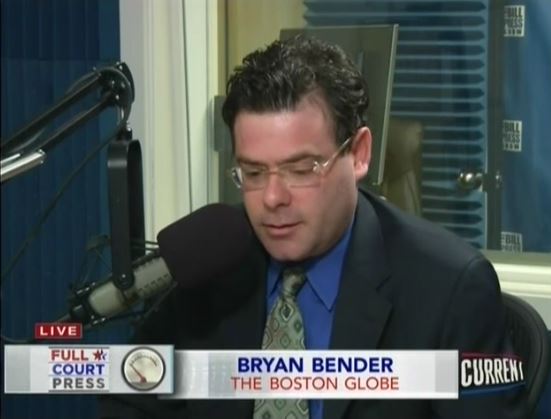 Writing in a tweet addressed to Grenell, Bender stated that “Bush had no coalition” when going into Iraq. To that claim, Grenell cited how 48 countries were actually part of Bush’s “coalition of the willing” compared to the nine for President Obama’s ISIS coalition (as of Sunday morning).

Upon numerous retweets and responses to his inaccurate statement, Bender deleted the aforementioned tweet and replied to one individual that he was confused “what “war” you were talking about” and asked whether Grenell meant “at the start of the 2003 invasion or after 911?"

@beebobaby @RichardGrenell at the start of the 2003 invasion or after 911? Wasn't sure what "war" you were taking about.

Two hours after his statement about Bush, Bender attempted to end discussion on the topic by tweeting to Grenell:

@RichardGrenell Thanks for such an informative Sunday morning! My little experiment was more than I hoped for. Hope you are well out there.

Bender’s slamming of Bush was the latest such occurrence in the past week alone as Obama works to draw in countries that so far have been tepid toward participating in the arming and training of Syrian rebels and conducting air strikes against ISIS targets.

As the Media Research Center has reported, the mainstream media sharply criticized Bush’s decision of supposedly, in the words of NBC, “going it alone” into Iraq with a “unilateral force.” At the time that NBC made those statements, “18 European countries” were “part of the U.S. coalition against Iraq,” according to an MRC BiasAlert in February 2003.

In addition, journalist Eleanor Clift praised Obama’s response to ISIS while saying in 2003 that Bush’s “coalition of the willing” came about as a result of members being “bullied and bribed.” Also back in 2003, MSNBC’s Andrea Mitchell also mocked Bush’s coalition (which numbered nearly 50 countries), as Cheri Jacobus wrote in a post for Newsbusters on Thursday.

Meanwhile, the major broadcast networks of ABC, CBS, and NBC promoted President Obama’s talk of a “broad coalition” in his speech to the nation on Wednesday and CBS’s Bob Schieffer praising the “major change in American strategy” in the moments immediately after Obama’s speech.