Oh look, more lefty fear-mongering over the imminent demise of Roe v. Wade. Jessica Corbett sure knows how to whip panic into liberals in her June 17 Salon piece.

The recent draft leak has spurred a knee-jerk reaction from the pro-abortion crowd, with clinics supposedly expecting a massive inflow of patients seeking to murder their babies soon, according to an NPR interview Lisa Wayne, the executive director of the National Association of Criminal Defense Lawyers (NACDL). 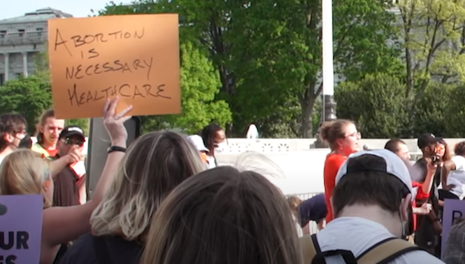 Yes, we’re not talking about a simple doctor’s visit, we’re talking about murdering children via abortion. Crimes are punished in accordance with their severity. Child murder is severe, and one shouldn’t be surprised that might come with “serious consequences.”

Not surprising that, while the NADCL doesn’t “take a political position on abortion,” the organization certainly loves to echo pro-abort nostrums. In its August 2021 report it states that that “proposed anti-abortion legislation disproportionately impacts poor women, Black women, and other women of color, highlighting the deeply sexist, racist, and classist nature of the recent and proposed new anti-abortion laws, and the manner in which such laws will contribute to the problem of systemic racism and classism within the criminal legal system.”

So much for political neutrality. They hit every checkbox for leftist victim mentality, all in the name of be able to murder children to avoid responsibility.

Salon is making sure you know that if Roe is overturned, people will be thrown in jail, racism will surge, and your civil rights are moot. All ridiculous, and all sophistry. Murder is murder, and states will have the right to prosecute murder of a child should they wish.

It’s not that deep.