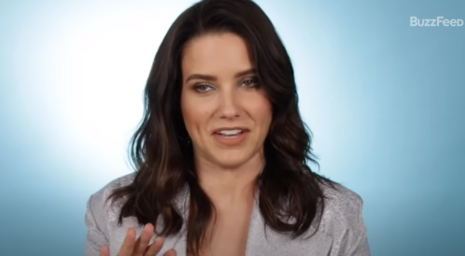 Celebrities like Sophia Bush are raging because you won’t permit the mutilation of your five-year old son so he can cosplay as a girl until he matures and realizes it was all just a phase. ‘Too late, son. You are my daughter now.’

According to the One Tree Hill actress, not allowing your son to undergo a sex change is equivalent in seriousness to straight up murdering him. Bush who is an avid leftist and activist has denounced the state of Arkansas for legislating a ban on sex-change surgeries and other procedures such as puberty blockers and cross-sex hormones for minors.

On March 29, Arkansas lawmakers voted in support of this ban preventing progressives from inflicting “gender-affirming healthcare” on children. Bush equates this to having ‘trans-kids’ “banned them from healthcare” as if this is standard treatment being discussed.

To clarify, we are talking about the capacity for doctors to administer sex-changing hormone therapy and permanent transition surgeries to CHILDREN.

The ACLU and  AACAP view this “healthcare” as “well established and part of a gradual process that has been shown to dramatically improve the mental health of the most vulnerable kids.” Sickening. These villains dare act as though they have the wellbeing of children in mind when in reality they are the ones who would immediately maim children with their ungodly medical experimentation as soon as the word is given:

HB 1570 was just passed through both chambers in the Arkansas legislature, banning trans youth from accessing health care and health insurance coverage that we deserve and need.

Our rights and lives are under attack.

Governor Hutchinson must veto this bill.

Bush exclaimed in outrage, “This is tantamount to murder. Kids will tell us who they are. It’s our job to support them, not demonize or harm them.” Does the same rule apply when kids are trying to get tattoos, smoke cigarettes, or go for joyrides down the highway in their dad’s van? Following Bush’s logic, all such things should be condoned. The kids in question are just discovering sexuality. How can they be old enough to undergo a sex-change and destroy their fertility by extension? And how would Bush respond to those detransitioners who regret their premature sex-reassingments?

Trans propaganda has real-world consequences. Bush should recognize it. Or shut up and act.