South Park Skewers: 'PC Babies Don't Even Know What They're Crying About' 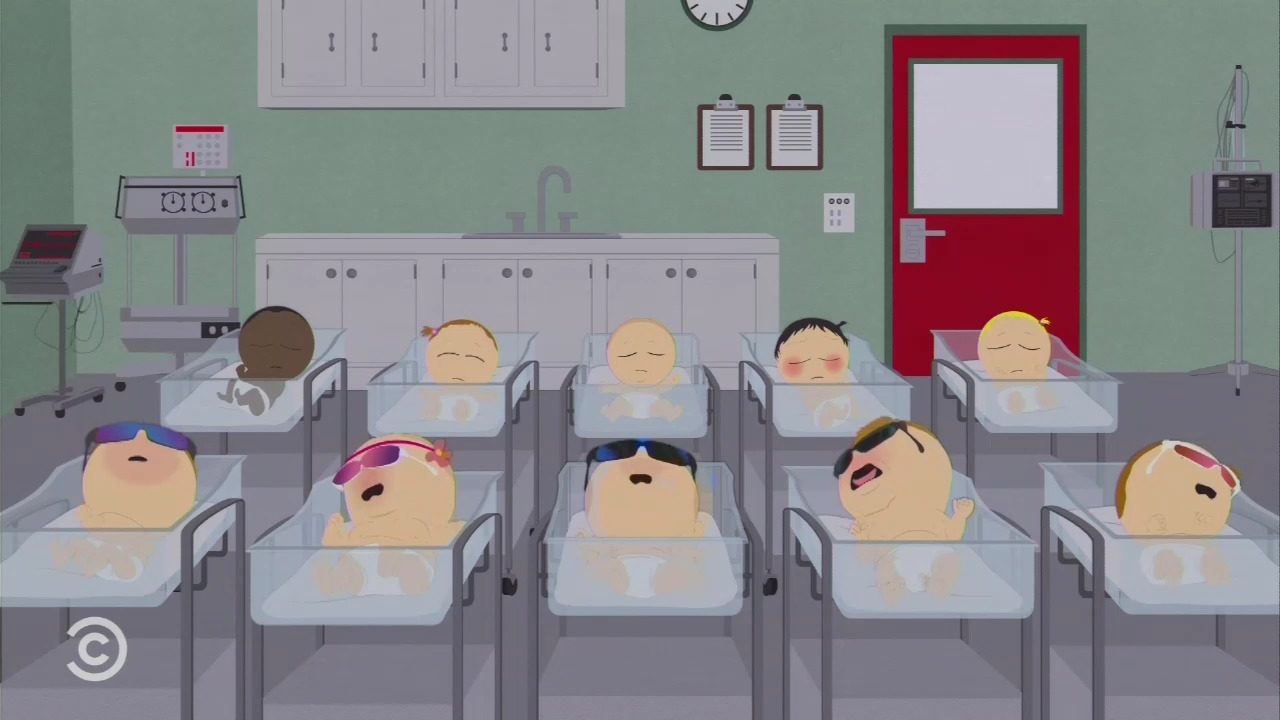 South Park has no issue taking jabs at people with all sorts of political beliefs and this week, it was the radical left’s turn to be mocked. In the third episode of season 22 titled, “The problem with a Poo,” social justice warriors and feminists are a major source of ridicule.

Last season, South Park Elementary School administrators PC Principal and Vice Principal Strong Woman engaged in sexual intercourse and now Strong Woman is pregnant with quintuplets. She wants to raise the children on her own and claims she does not know who the father is instead of admitting the horrible truth - she had a relationship with a co-worker! While PC Principal is suspicious that the children are his--especially when they come out wearing the exact same sunglasses as him--he refuses to outwardly say so out of fear of offending Vice Principal Strong Woman.

The children themselves end up becoming a representation of social justice warriors in 2018. In addition to their appearance resembling PC Principal, they also cry uncontrollably whenever something politically incorrect is said. In that sense, they’re a stab at a lot of leftist millennials who cannot bear to hear differing opinions. The children of PC Principal and Vice Principal Strong Woman are dubbed “PC babies.”

Ultimately, the PC babies become problematic when Mr. Hankey, the Christmas Poo attempts to bring the Christmas spirit to the town of South Park despite the holiday being eight weeks away. While Mr. Hankey is speaking about the significance of Christmas, his use of gendered pronouns sets the PC babies off--and hilarity ensues.

-- Mr Hankey: Just like when Christ was born, let's all be with our mothers and fathers

-- Mr. Hankey: Let’s not forget that boys and girls all over the world are…

-- Mr. Hankey: The PC what? Listen! Christmas season means peace on Earth and good will towards men

-- Mr. Hankey: Uh, uh, look, what is the holiday season about? It's about loving each other, right? Loving and -- What?! What are they crying about now?

-- Man 2: Sometimes, PC Babies don't even know what they're crying about.

-- Mr. Hankey: Well, then tell the babies to shut the [bleep] up! [ Crowd groans, boos ] Who the [bleep] brings a goddamn baby to a Christmas show anyway?!

In a culture where there are so many attacks on right-wing ideas and beliefs on a regular basis, it is certainly a nice change in pace for conservatives to see the left being picked apart on television. If this episode and other South Park episodes featuring PC Principal are any indication, then there is a great deal of comedic material surrounding the absurdities of social justice warriors and hardcore feminists; it’s just not something Hollywood goes after often because they share the same liberal values as those types of people.

Although it focused a lot of attention on the absurdities of the left, South Park did not let the pro-Trump side leave the week unscathed either--taking clear shots at Roseanne Barr and Supreme Court Justice Brett Kavanaugh.

Mr. Hankey, the Christmas Poo finds himself in trouble for a series of offensive tweets he put out. The tweets were said to have taken course over the span of a few days and whenever Mr. Hankey was confronted over his foul words and insults, he blamed the drug Ambien. Remember, that’s the same sleeping medication Barr claimed made her tweet that Valerie Jarrett, who is African American, looked like an ape.

Mr. Hankey appeals his firing from the Christmas committee and demands a hearing which was the show’s dig at Justice Kavanaugh. During this trial and in response to his tweets, Mr. Hankey is often referred to as a “piece of s***” throughout the episode--which he literally is, but it also seems to be the show’s way of saying it about Barr and Kavanaugh without actually saying it.

Regardless of which major political party one supports, they will agree with what some of South Park says and disagree with other points. It’s a show that does not care what race, religion or political background someone has: everyone and everything is fair game to them.