The Conservative legal group, Alliance Defending Freedom (ADF), sued the Food and Drug Administration (FDA) on Friday over the FDA’s illegal approval of abortion pills. The group represents four healthcare organizations and four doctors in the first lawsuit of its kind. 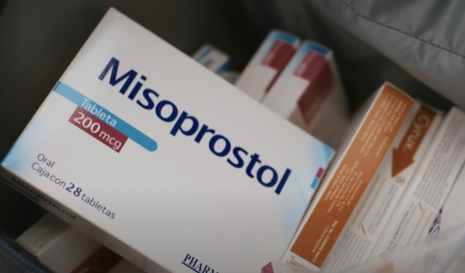 ADF filed the lawsuit on behalf of the Alliance for Hippocratic Medicine, the American Association of Pro-Life Obstetricians and Gynecologists, the American College of Pediatrics, the Christian Medical & Dental Associations and doctors Shaun Jester, Regina Frost-Clark, Tyler Johnson and George Delgado.

Supposedly the FDA approved the legalization of abortion drugs (mifepristone and misoprostol) in 2000 by characterizing pregnancy as an “illness,” as ADF’s report noted. The ADF report also indicated the FDA “never studied the safety of the drugs” before it approved them and disregarded evidence of the harm that these drugs can cause.

ADF Senior Counsel Members Julie Marie Blake said, “The FDA never had the authority to approve these dangerous drugs for sale. We urge the court to listen to the doctors we represent who are seeking to protect girls and women from the documented dangers of chemical abortion drugs.”

ADF Senior Counsel Erik Baptist said the suit urges the FDA “to protect the health and safety of vulnerable young girls and women.”

Since original approval in 2000,  the FDA has repeatedly loosened restrictions to expand their distribution. Originally women could only take the drug if they were seven weeks pregnant or less. In 2016, the FDA allowed pregnant women ten-weeks and under to take the drugs. Additionally, in 2021, the FDA permitted abortionists to distribute chemical abortion drugs through the mail making at-home and mail-order-abortions easier to access.

Here’s what ADF said about that call by the FDA.

As the lawsuit points out, this decision puts girls and women at additional risk from chemical abortion drugs since mail-order, at-home abortions skip necessary medical examinations to ensure that girls and women do not have conditions that could lead to fatal outcomes.

The fact of the matter is that abortion doesn’t just hurt the child who is killed, it also puts the life of the mother in danger. That’s what ADF is trying to get people to recognize and understand in order to help hurting mothers and children with their lives at risk.