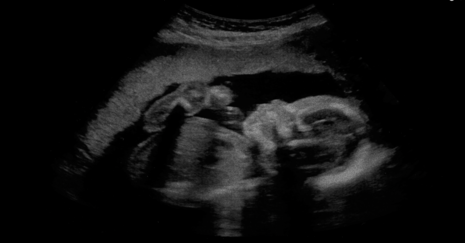 NIPS tests are used to check if babies in utero have genetic abnormalities. Typically, the tests use a sample of blood from the pregnant mother and the results indicate a possibility that a child will be born with a health condition. These results are non-conclusive but women are trusting them and terminating perfectly viable pregnancies.

The FDA’s Center for Devices and Radiological Health director, Jeff Shuren said, “While genetic non-invasive prenatal screening tests are widely used today, these tests have not been reviewed by the FDA and may be making claims about their performance and use that are not based on sound science.”

Shuren noted that NIPS tests are often false and it’s likely that parents may make inaccurate decisions about the future of their preborn baby. The NIPS tests are regularly marketed as “‘reliable’ and ‘highly accurate,’ offering ‘peace of mind’ for patients,” according to the FDA’s statement. In reality, they just screen for potentials and possibilities. They are not conclusive.

Surprisingly, the FDA’s release affirmed the sanctity of life (other than using the word “fetus” to describe an unborn baby). “The FDA is aware of reports that patients and health care providers have made critical health care decisions based on results from these screening tests alone and without additional confirmatory testing. Specifically, pregnant people have ended pregnancies based only on the results of NIPS tests,” the report concluded.

The Blaze News reported on the FDA's statement, writing on April 20 that "The New York Times reported in January that more than a third of pregnant women in America have sought the services of NIPT providers. The report revealed that as many as 80% of the screening results for rare genetic conditions were false positives, which led some women to consider seeking abortions when they had healthy babies."

Thanks to NIPS tests, women are killing their babies because they may have something like Down syndrome or DiGeorge syndrome (an abnormality that can cause developmental delays and defects) without even confirming their child has said conditions. God Forbid they have a child that isn’t perfect.

Pregnant mothers have used the results of the NIPS tests to aid their decision to terminate their baby's life "without understanding the limitations of the screening tests" and that their child may not actually have anything wrong with it.

NIPS tests promote the idea that babies with potential health issues have less value than those with normal results. The left has a tendency to diminish the life of the unborn and end said life when it’s inconvenient. NIPS testing, and the media who promote them, want you to believe that aborting your perfectly healthy child, or even minorly “defect[ed]” child is perfectly acceptable.

These tests are a disaster. They do nothing except provide women with an “excuse” to abort their babies. Luckily, as The Blaze reported, Congress is working to give the FDA reigning jurisdiction over these tests to provide more transparency on the tests' efficacy.

Let's pray that more people stop killing their babies when they don't want them. Kudos to the FDA for actually affirming all life.