If you like Mumford & Sons’ music, you better download it now before the left cancels them too.

Winston Marshall, banjo player and lead guitarist for the UK folk band, congratulated right-wing author Andy Ngo on his bravery for publishing his new anti-Antifa book. In a since deleted tweet, Marshall showed his support of Ngo’s Unmasked: Inside Antifa’s Radical Plan to Destroy Democracy. Ngo has been intrepid reporting on the radical violence and mayhem of Antifa. It’s a lonely and dangerous job. Marshall’s endorsement of the book just may be a signal of his own right-wing views. And God forbid anyone has those. 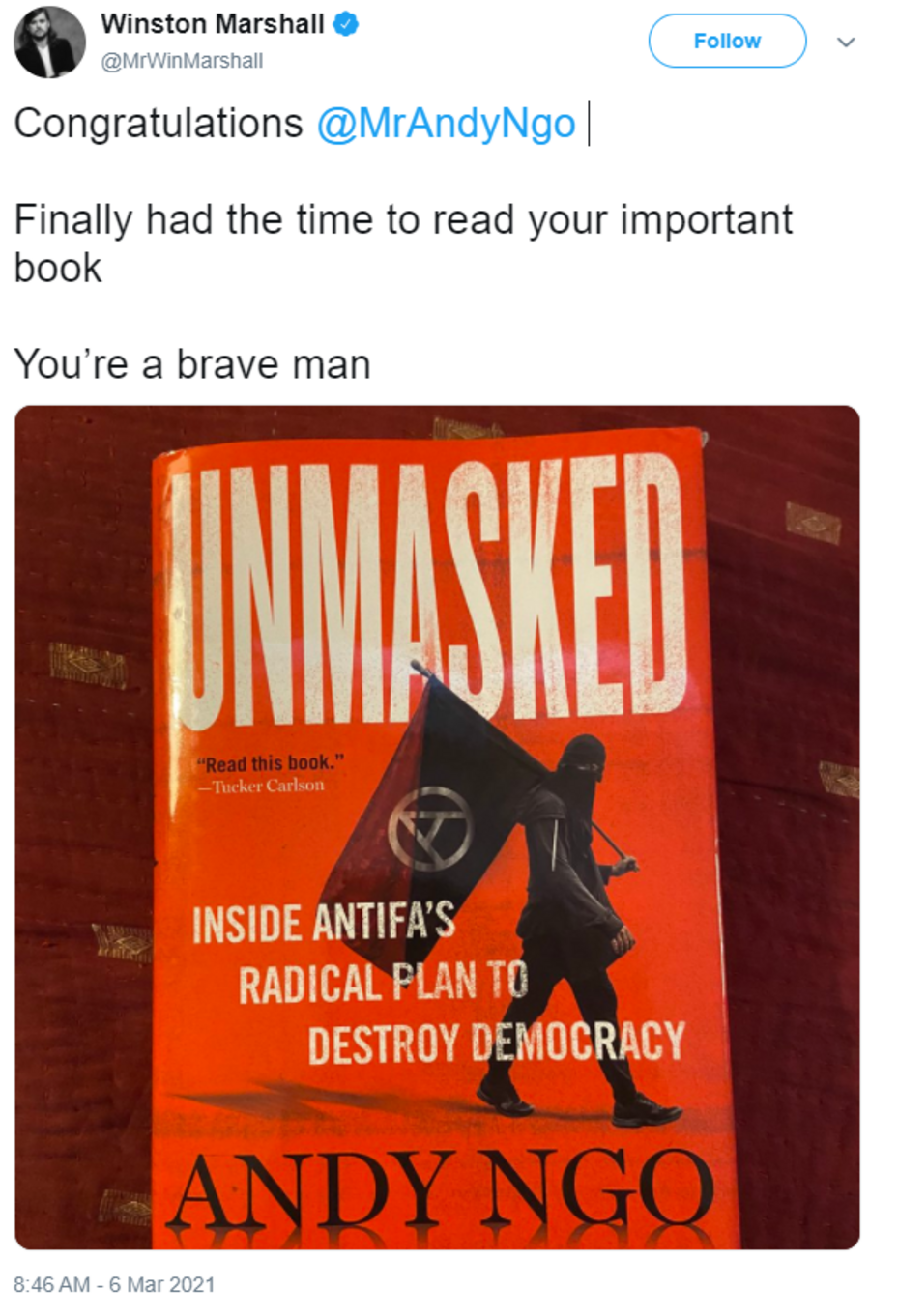 And, since conservatives are bad, and everything right-wing is wrong, Marshall, and the band, received intense criticism.

That fact this twat from Mumford is openly showing his support for continued oppression/fascism/the interests of greed, is almost normal now. He inhabits the same landscape most large bands do. Will exist in environments that offer a service to free minded people. It’s fucked

This is so damn disappointing and really reinforces all the bad stereotypes about what it means when you hear "the sound of banjos." Supporting fascism ain't a good look.

Mumford and Sons are praising right wing fascist Andy Ngo? They really fucked it up this time.

2) Not an important book

Get your head out of your ass.

The thing is, Ngo IS brave for publishing his book. Ngo has been associated with right leaning groups before and foul-mouthed internet sleuths have been throwing fire at him for a while.

Even off the internet, Ngo was attacked while reporting for Quillette by a left-wing mob. In June 2019 he was hospitalized and suffered a brain hemorrhage after Antifa ambushed him with fists and weapons as well as threw milkshakes laced with quick-dry cement at his face. Ngo is incredibly brave for continuing to stand up (through his beliefs and his book) to these domestic terrorists despite knowing first hand what they are capable of.

Of course Marshall’s support of his book is grounds for dismissal from the wokies. Marshall’s tweet didn't fit the approved narrative of the left so now he too is in for abuse.

Referring to Marshall as a “fascist” is a nasty pierce from the left. Perhaps they should self-reflect before name calling. Their vicious attempt to cancel those who’s political opinions, or book choices, disagree with their own, verifies their never ending attempt to overreach.