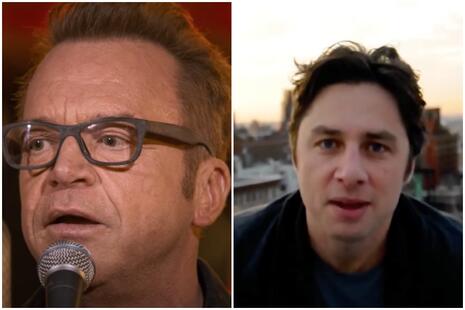 White House Press Secretary Kayleigh McEnany has the thankless job of dealing with the often unhinged White House press corps, among other duties. She tweeted on the night of November 4th, “Who would want to join a LIVE prayer group tomorrow?” Actors Tom Arnold and Zach Braff were incensed, and reacted as if they were still brats in kindergarten.

Tom Arnold, who acted in True Lies, issued this reply to McEnany’s tweet: “I know who I’d like to join a DEAD prayer group tomorrow. #ElectionResults2020” 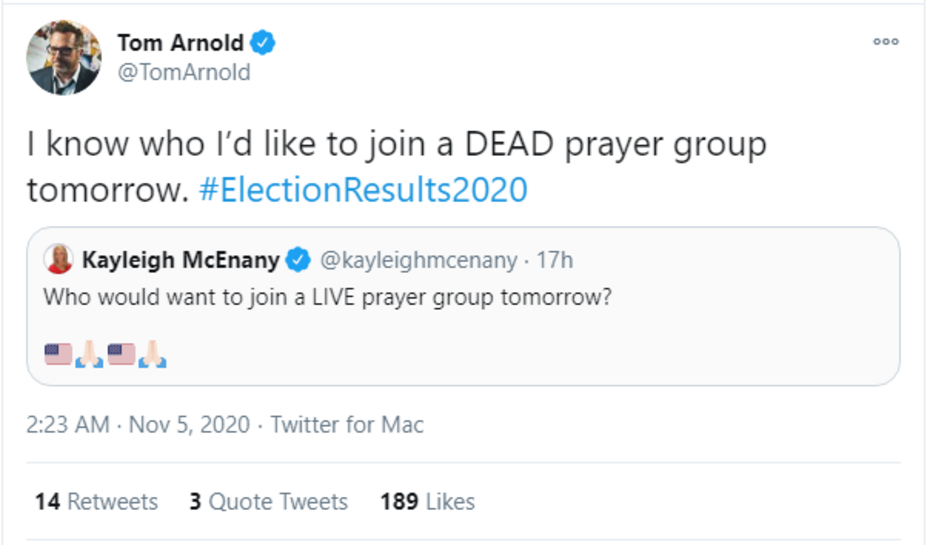 Isn’t it a bit extreme to want someone to die just because they work for Trump and are arranging a prayer group? Or was Arnold talking about the president himself? Isn’t wanting someone to die just plain bad? Wait, he’s an actor. That allows him to be as malicious as he wants to be whenever he feels offended. Forget about decency, patience and kindness, if she works for Trump and believes in God, then pull out all the stops with the meanness and nastiness.

Seriously, what he said was sick. Arnold’s angry behavior is unacceptable.

Zach Braff, who is known for starring in Scrubs, also felt provoked by McEnany’s tweet, as his own response reveals: “Shouldn’t you be on LinkedIn?” 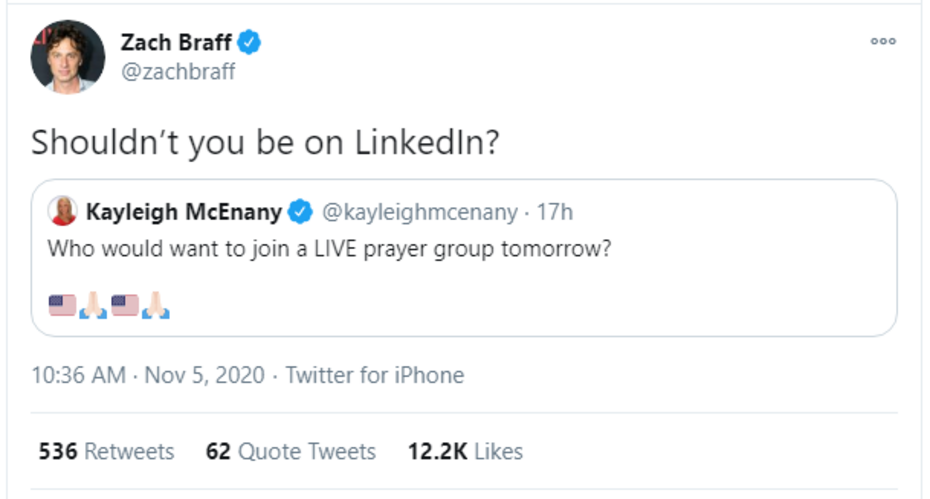 He’s clearly confident that Biden will triumph. What a gracious winner Braff is.

God knows that chaotic times like these are the perfect time to pray, that is, if one believes in God. However, it seems that Braff is one of those Hollywood types who don’t believe in God and is easily unnerved by those who do. Braff is entitled to his own opinion, but that doesn’t give him the right to be nasty toward those who have religious beliefs. Sorry, just remembered. He’s an actor. Actors and actresses are allowed to behave any way they want.

Tom Arnold and Zach Braff need to toughen up. The world is full of hardships. The existence of a religious press secretary who is employed by a president they detest is not one of them. And just so they know, seeing or hearing something they find personally offensive does not give them the right to act any way they want. This isn’t kindergarten.