Folks in the TV business industry hate Donald Trump, but what is it about the president that upsets them the most? 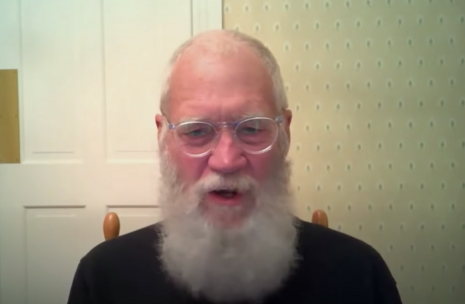 For longtime talk show host David Letterman, one of the worst blunders Trump has ever committed was criticizing the press. According to indiewire.com, he stated, “Well, I’ll tell you when it really began was when he declared that the press was the enemy of the people.” Trump had expressed this opinion some time after his inauguration in 2017.

Sounds like left-wing propaganda. Everyone knows that the mainstream media is now a weapon for left-wing political agenda. This has skewed their view and consequently, they only release news that fits that agenda and politicians supporting such an agenda. Any other news that doesn’t fit their criteria is withheld. All these factors prevent them from properly educating and informing the people, as the press should do.

Letterman mentioned the dictator Chávez. What a coincidence. Last week, to discourage two Venezuelan-American citizens from voting for Trump, MSNBC's Ellison Barber aggressively tried to persuade them that Trump is similar to Hugo Chávez. That’s not educating the people, as Letterman claims. That’s defamation. News outlets today aren’t interested in educating. They just want to make whoever they favor look good, and anyone they dislike look awful. Another example is how the press called the GOP “whores,” but praised Biden for “putting 'character on the ballot.'” The newspapers and TV today do not impartially educate the people.

Contrary to what Letterman said, the press nowadays does not inform the people either. Joe Biden’s son, Hunter, has recently come under scrutiny for his suspicious business activities. Instead of reporting what was going on, the story hardly received any notice from any major news outlets. A U.S. presidential candidate's son is involved in a potential scandal. This would normally be breaking news material. But the press failed to do its job. And it’s not just the case with Hunter Biden.

The news outlets have also ignored big news such as Tara Reade’s accusations of being sexually assaulted at the hands of Joe Biden. The press today is selective of their news, and withholds information that could damage the reputation of persons they support. That’s not what the press is supposed to do.

In short, the press is neither educating nor informing the public, as it should and as Letterman claims they do. Instead, the media are spreading disinformation and suppressing news. That is what an enemy of the people would do.

Letterman expressed that a Trump defeat “will be a relief to every living being in this country, whether they realize it now or not. It certainly will be a relief to me and my family, and I think generally the population. I’m more confident now than I was then, and I was pretty confident then. I was wrong. I don’t think I’ll be wrong this time.”

The press will certainly be relieved, which is not what they should be feeling if they were doing their job properly.