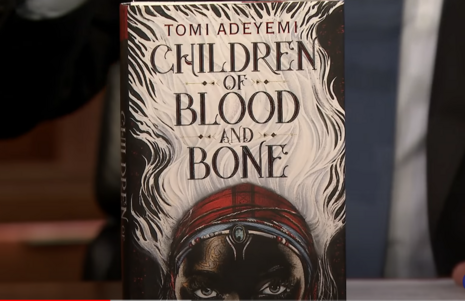 Boundingintocomics.com reported that the production company will be turning the young adult novel, Children of Blood and Bone, into a movie. Written by Nigerian-American novelist Tomi Adeyemi, the book was to be, as she said, “an allegory for the modern black experience.” However, it is told with the Black Lives Matter narrative.

The story takes place in a fantasy world called Orïsha, where dark-skinned people are subjugated to the rule of light-skinned people. Yes, this definitely sounds like a fantasy so far. A leftist one. Is she sure that this isn’t an allegory for the 1700-1800s black experience?

If you’re wondering how a king with no magical powers managed to suppress people who actually had them, then you’re not alone.

This unsubtle allegory for today’s society was also written to counter the dominance of white characters in fantasy lore. The Guardian questioned if the book was “a necessary corrective, given how white much current fantasy is.” Adeyemi responded affirmatively, and expressed how furious she was at the current whiteness in the fantasy genre. “That does make my blood boil. The idea that it’s totally fine to have a queen of the dragons but you can’t possibly have a black person.” Did anybody ever say that black people can’t be in fantasy?

No “allegory for the modern black experience” is complete without some police brutality, and it sounds like there’s a lot of it in Adeyemi’s book. She said that “Every moment of violence in the book is based on real footage. It’s not my intention to be gratuitous but I want people to be aware that these things are happening and that the actual videos are much worse.”

Adeyemi even stated at the end of the book that the story was supposed to closely resemble real life events. Forget about “an allegory for the modern black experience,” this is an in-your-face lecture.

But that didn’t disgust actor John Boyega, who appeared in several Star Wars movies produced by Lucasfilm. In fact, he was ecstatic about the upcoming picture. When Adeyemi was put in Time’s ‘100 Most Influential People’ in 2020, Boyega wrote that “I would absolutely drop everything to be in the film. If I missed the opportunity to be a part of it, it would be like missing history.”

Missing history would be like turning down the chance to act in Citizen Kane. This film is merely a leftist fantasy based on a fantasy the left-wingers are trying to perpetuate.