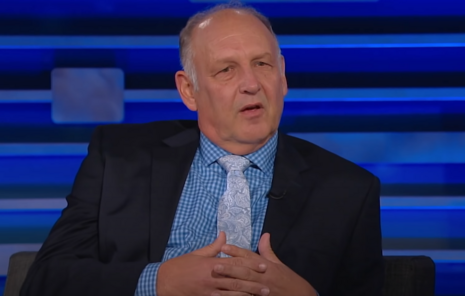 Imagine a streaming network that isn’t obsessed with sex, graphic violence and lefty propaganda -- a Netflix without the filth, an Amazon Prime without the woke censorship. Well, it’s coming your way, 2021.

Actor and director Nick Searcy and associates are creating CE Studios, also known as Créado, to stream movies and series that support America, family and religion. Créado will start streaming content in March 2021.

According to an article on reclaimthenet.org, Créado is streaming “pro-American content,” because “China owns stakes in a majority of Hollywood studios, meaning most of the film content in the market. In simpler terms, Hollywood often no longer produces pro-American content.” The dearth in “pro-American content” has led to “a massively underserved audience of 100 million or more Americans eager for access to content that doesn’t insult their faith, family or country,” according to Searcy.

He’s right. Most shows nowadays do their utmost to attack faith, family, and country. The dearth is real. CE Studios is intent on eliminating that dearth by providing “pro-American films and general family entertainment,” which is basically the direct opposite of usual left-wing TV tropes (all police are racist killers, Christians are bigoted hypocrites, abortion is comedic, et cetera). Créado may become the conservative version of Netflix that will counter the rubbish streamed from the latter.

Searcy also lamented that “for decades the Hollywood studios, the mainstream media and Silicon Valley have held the keys to the content kingdom with unfettered power over what content gets written, produced, distributed and consumed.”

He has a point. Major streaming service providers will air any show that touts the leftist worldview as the truth. At the same time, these companies will refuse to stream shows that are fact-based and more truthful to reality.

Créado is preparing to give the public alternatives to Hollywood’s and Netflix’s junk entertainment. People searching for edifying films and TV shows that don’t support liberal political ideology should be on the lookout for CE Studios in 2021.