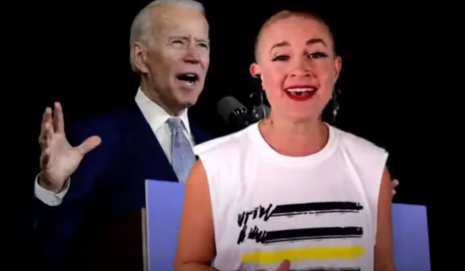 Broadway is out to use its influence to obtain more votes for Biden, wielding all the talent, panache, and deceit it can muster.

According to an article on deadline.com, the association Broadway for Biden will stream a concert titled, In Our America: A Concert for the Soul of the Nation, on October 21 to raise money for Joe Biden’s campaign. Actors such as Samuel L. Jackson, Darren Criss, and John Goodman are a few of the many performers involved in the concert, which will be directed by Liesl Tommy.

To proclaim that America’s soul will be safe in Biden's hands, Broadway must really view him as some kind of savior.

If these schmucks are promoting Biden as a great blessing for the nation’s soul, then in order to fit the title, the performance they should give should be a stylized Black Mass. Biden is no savior; he’s very much the opposite. He and the media love to proclaim him as a practicing Catholic while he profanes his faith by actively supporting behaviors that cry to God for vengeance.

Tommy was enthusiastic about her own involvement, saying that “It is a tremendous honor to direct this incredible collective of performers and artists, who are coming together to amplify the promise of Broadway and a nation that are future-looking, accessible, and deeply inclusive.”

Deeply inclusive, that is, of everyone that doesn’t disagree with Biden.