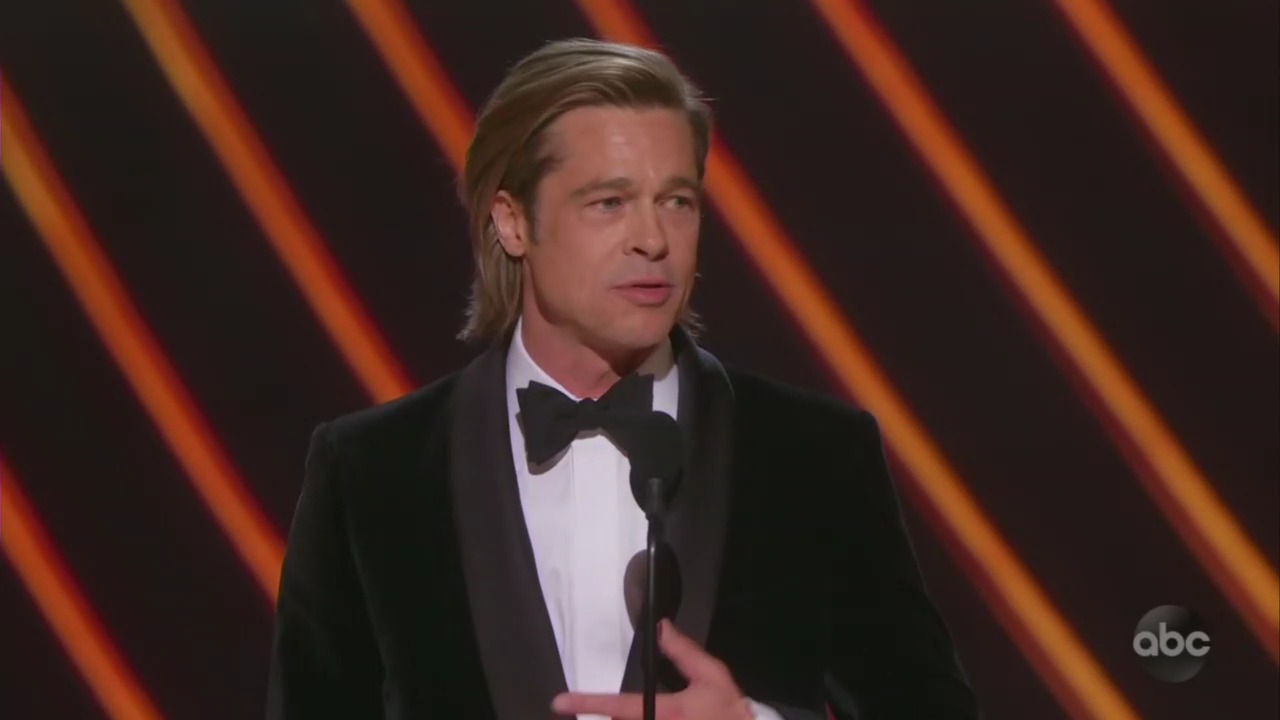 The first half hour of the 92nd Academy Awards started off very woke on Sunday night on ABC, from the opening musical number being sung by a self-declared "queer, black artist" to Steve Martin and Chris Rock going on a riff about all the white nominees.

Brad Pitt got political from the start when accepting his award for Best Supporting Actor in a Motion Picture for Once Upon A Time in... Hollywood. The actor evoked former National Security Advisor John Bolton and impeachment. That Pitt would get political was not surprising considering speeches are ghost written by Obama and Clinton speechwriters.

Pitt was referring to the 45 seconds he had for his speech when referencing Bolton:

They told me I only have 45 seconds up here, which is 45 seconds more than the senate gave John Bolton this week. [applause] I'm thinking maybe Quentin does a movie about it. In the end the adults do the right thing.

John Bolton did not testify at President Donald Trump's impeachment trial after the Senate voted against further witnesses.

Pitt was referring to the film's director, Quentin Tarantino, who is not only a liberal activist, but who attended an anti-cop rally in 2015 in which he called police officers murderers. It's more likely Tarantino would do a liberal take on this moment in American history, complete with violence and gore, more so than "the right thing."

The Oscars no longer have an official host but former hosts Martin and Rock teamed up to mock how few women and black nominees there were this year.

Rock: There's so many -- so many great directors nominated this year.

Martin: I don't know, Chris, I thought there was something missing from the list this year.

Rock: Yes, Cynthia is here tonight. Cynthia did such a great job in "Harriet" hiding black people that the academy got her to hide all the black nominees. Cynthia, is Eddie Murphy under this stage?

Martin: Eddie, I loved you in "Dolemite." Well, you know, Chris, think how much the oscars have changed in the past 92 years.

Martin: Yeah, they have. In 1929, there was no black acting nominees.

To round out the first 30 minutes, Josh Gad threw in a reference to climate deniers and Canadian healthcare when introducing a performance from the movie Frozen 2.

As Mindy [Kaling] noted, animated movies are loved everywhere. In fact, "Frozen 2," or as climate change deniers call it, "Not Frozen 2," has been dubbed in 45 different languages, which means I now have 44 blood rivals around the world. These dubbed versions provide kids and adults everywhere their own special connection to the story and its characters. Which means there are so many great versions of Elsa. For instance, Canadian Elsa is basically the same, but with health care.

More to come as the 2020 Oscars continue on, so stay tuned to Newsbusters!