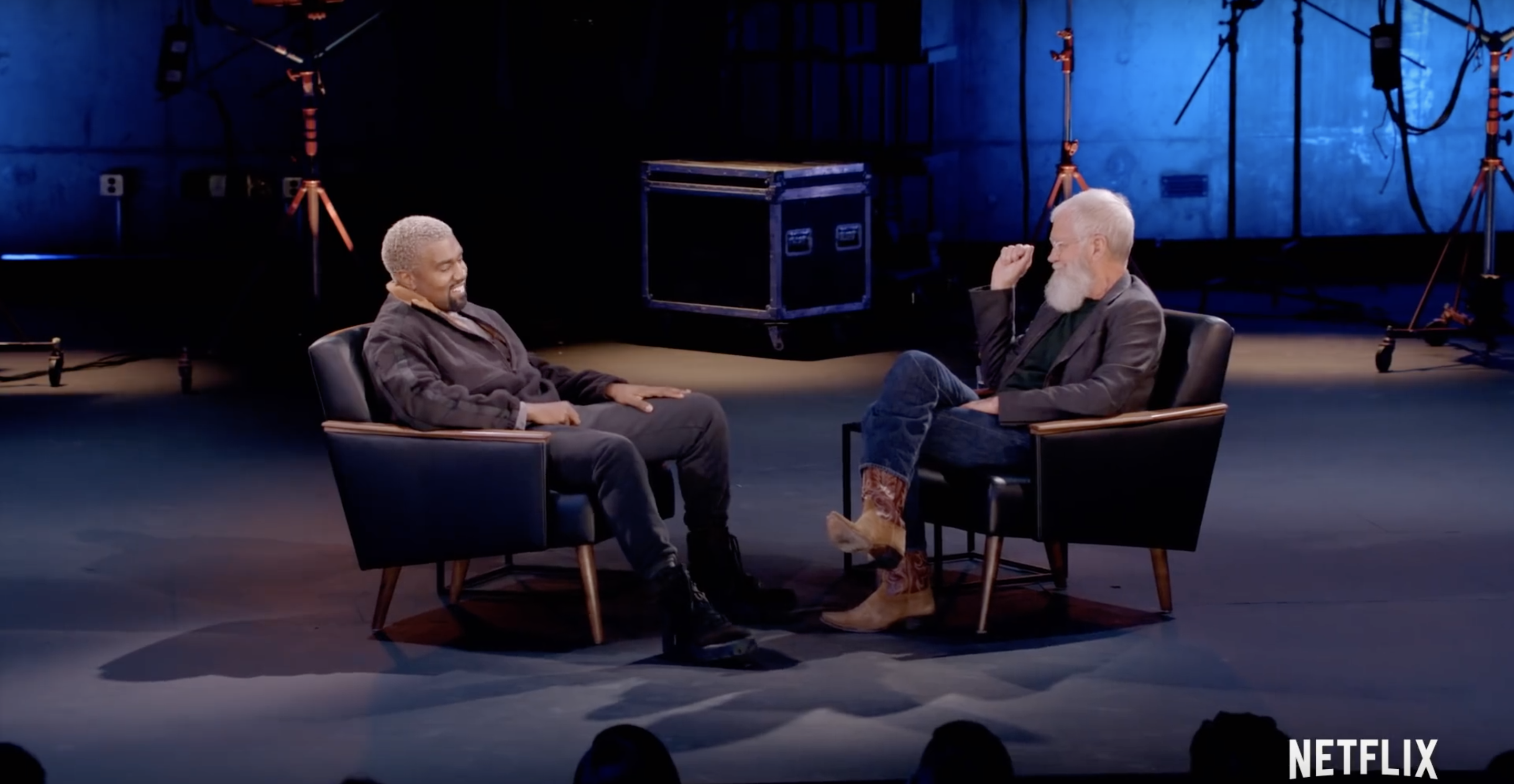 Netflix’s season 2 of My Next Guest Needs No Introduction With David Letterman starts with an interview with rapper Kanye West, which leads to an enlightening conversation about Trump supporters getting bullied and media groupthink that liberals like Letterman don't often get to hear.

After talking about mental health, Kanye mentions the media bullying the masses to think certain ways, saying, "We’re, like, completely bullied by the media, both celebrities and the masses, to think certain things and have group thought... we're driven crazy."

Kanye's said in the past that wearing a Make America Great Again hat is about showing liberal bullies he's not afraid to speak his mind. He points out that there are plenty of diverse people out there who support Trump but they hide it because they are too afraid:

We don’t all have to feel the same way about things. This is my thing with Trump. We don’t have to feel the same way, but we have the right to feel what we feel, and we have the right to have a conversation, a dialogue, not a diatribe about it. Like, say, when I wear the hat, it’s not about politics. It’s not about policies. For me, once again: fear. I got people that I work with, black, female, all different types of people that I work with that love Trump, voted for Trump, scared for [their] life to tell anyone.

Of course, Letterman, lefty demagogue that he is, starts spouting off about voter suppression and Trump hurting people. Kanye then goes further explaining about how people are afraid to wear a MAGA hat for fear of being bullied and beat up, and saying that Trump supporters are "treated like enemies of America.”

David: You know what I was stunned by in the midterm elections was the aggressive organization and attempt at voter suppression. Now, we’re not talking about the 1918, we’re talking about 2018, and it’s still going on and being encouraged. So, if I see a person I admire talking about [how] Donald Trump can think whatever he does, I wonder if those thoughts indirectly aren’t hurting people who are already being hurt.

Kanye: Well, how do you feel for the people that voted for his him that are being treated like enemies of America, because that’s what they felt, and they had that opportunity?

David: Every time there’s a presidential election: “time for a change.” It’s endemic. It’s part of the system, and its what keeps this democracy in motion, and it’s always the argument, “You know what the country needs? Is a businessman to run it like a business.” So, the people that voted for him, I understand that, but I wonder to myself, “Are these people ultimately going to be victimized?” And I think now, the people, in good faith, looking to get the country to help them a little more than it has by electing a business guy, I think are now being hurt for it, and I would think that, would not try it again.

Kanye: Have you ever been beat up in your high school for wearing the wrong hat?

David: I just been beat up cause people didn’t like me.

David: But I know what you’re saying.

Kanye: The idea is the bullying.

David: Who’s the bully in this scenario?

David: Well, nobody’s arguing that there shouldn’t be an ongoing conversation. I don’t think you meet any resistance there. Things need to be talked about.

Obviously, Letterman is wrong on this. Trump supporters are shunned and treated like they don't deserve to even be a part of the national conversation. The media buy into this and push their narrative that automatically assumes anyone wearing a MAGA hat must be a bigoted bully (think of the news reaction to the Covington Kids and Jussie Smollett).

Kanye can be off the wall sometimes, but it’s still nice to see a celebrity not afraid to speak up against the liberal media and trigger them by wearing a MAGA hat in public.