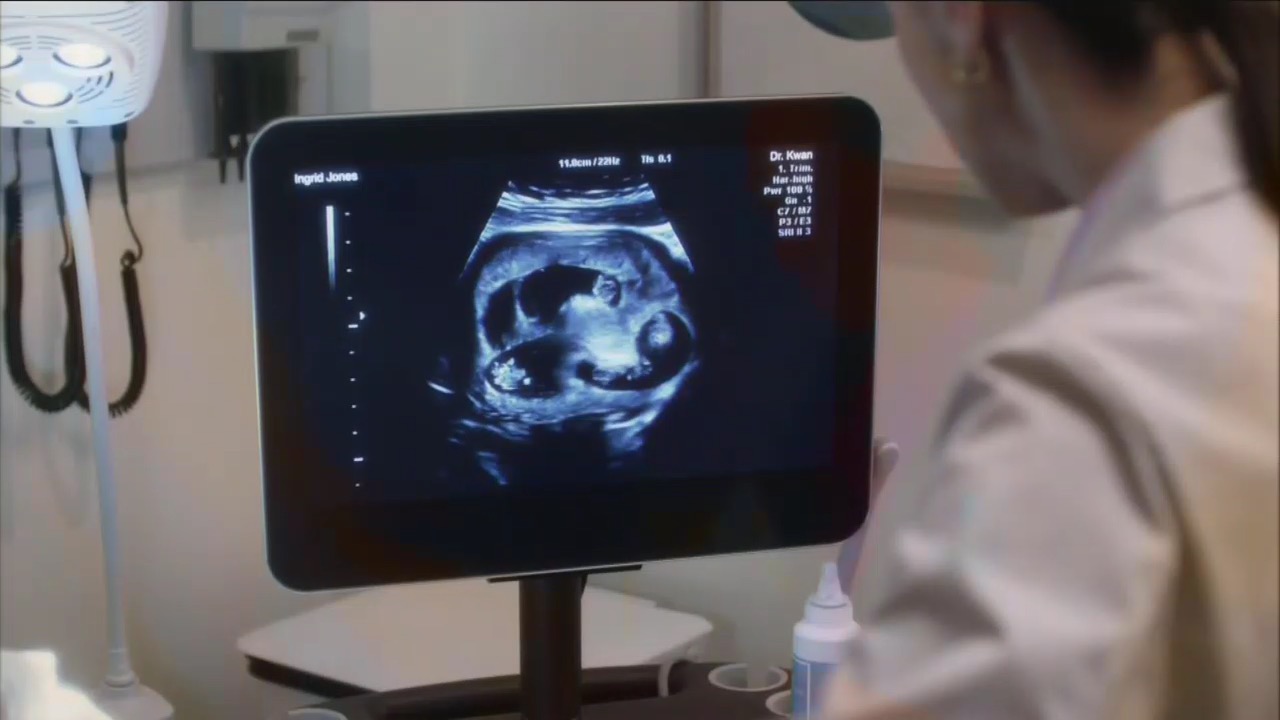 In the prior episode Frank Gallagher (William H. Macy) and his girlfriend Ingrid (Katey Sagal) used vitro fertilization to start a family. After Ingrid becomes pregnant with six babies, the doctor tries to justify killing some of them by telling them she will “lose her medical license” if she lets them keep any more than three, and Ingrid reluctantly says yes.

Notice how once abortion is brought up (although the A-word is never said aloud, "termination" and "reduction" are the words used), the doctor euphemistically corrects their language to call the babies "embryos." This is the typical pro-choice rhetoric dehumanizing the unborn baby by calling him/her an embryo and calling abortion a reduction service.

Ingrid - Oh, I did, and I couldn't have done it without you, Frankie.

Frank - Well, with my superior genetics, why would you try?

Doctor - Uh, hold on a second.

Doctor - Well, it looks like six of them have hunkered down in there.

Doctor - Oh, my. Uh, embryos. I don't usually place all the fertilized embryos in at once, but at your advanced age, most women's uteruses aren't as... accommodating. We're gonna have to terminate a few of them.

Doctor - It's a safety issue. Carrying six embryos to term poses a major health risk to the mother.

Ingrid - What, and--and kill five of my babies?

Frank - Ingy, we want as m-many little Frankies and Ingys running around as possible-- that's obvious. But do you really think we can afford more than one?

Ingrid - Not on my income, but you'll get a job. We'll keep five.

Doctor - You can safely keep three.

Doctor - I will lose my medical license if I let you keep any more than three.

Doctor - Great. We'll schedule the reduction at the front desk on your way out.

You can say the doctor was being medically accurate by describing the babies as embryos because that is the stage of human development they are in, but if the purpose was medical accuracy and not deadly euphemism, then she wouldn't have talked about "carrying six embryos to term" as the fetal stage follows the embryonic stage and fetuses are carried to term.

After a while, Frank and Ingrid tell their family and friends that they are pregnant with three babies. But Ingrid becomes persistent that she is not going to kill her babies because it's "my body my choice."

Frank - Hey, a round of your best stuff for everybody, Ingrid and I are pregnant.

Now! Here. No gifts. We'll take money. And our three unborn children thank you in advance.

Frank - But what I'm saying is that, uh, a verbal contract...

Ingrid - I am not gonna kill my babies.

Ingrid - We're gonna have all six!

It is refreshing to hear the phrase "my body, my choice" being used to defend the life of the unborn, but this show being Shameless, I am not expecting a positive, pro-life message in the end.