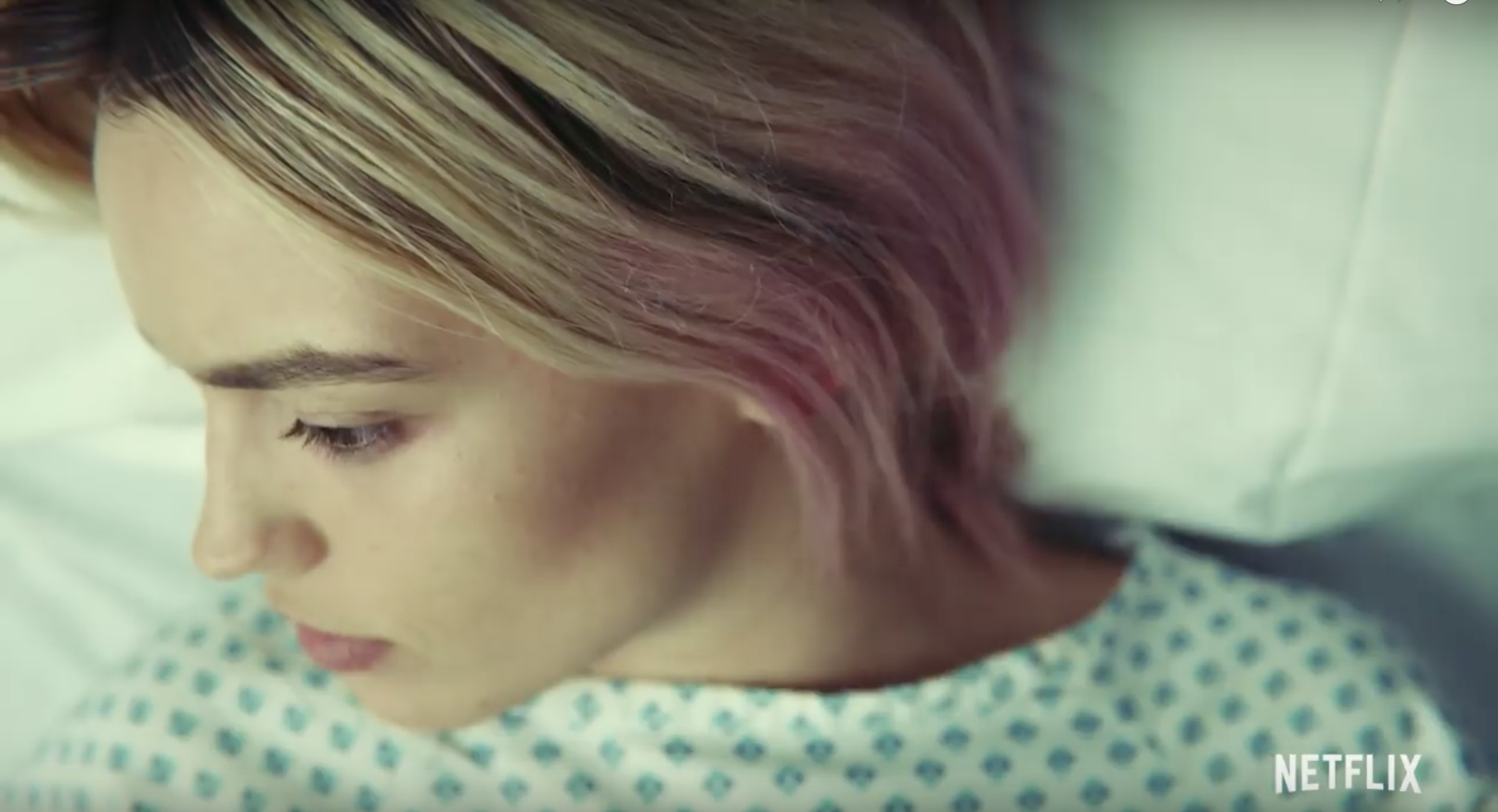 Netflix’s newest series Sex Education, takes place at a sex obsessed British high school where Otis (Asa Butterfield) and Maeve (Emma Mackey) team together to give twisted sex advice to fellow teens. No wonder that abortion is the featured topic in one of the first few episodes.

In the second episode, Maeve takes a pregnancy test and by the third episode she goes to an abortion clinic. The conversation with one of the nurses at the abortion clinic went like this:

Nurse - Do you use contraception?

Maeve – Yeah. Condoms. I didn’t notice it split or anything.

Maeve – It certainly appears that way.

Nurse – Have you considered any other form of contraception? Implants, the pill?

Maeve – I’ll think about it.

Nurse – And how many sexual partners do you currently have? Male or female?

Nurse – And have you consider the possibility of adoption?

Maeve – I don’t think anyone would want a pregnant 17 year old. I don’t want to do adoption, no.

Nurse – And who’s gonna be there to collect you after the procedure?

Maeve – What if I was a serial killer? Or a hermit? Or my whole family had died in a fire? Would I still need to bring someone then?

At the clinic Maeve meets a woman who had had three previous abortions and three children. She justifies this by saying, “Don’t worry, love. I got three kids and I feel way more guilty about the ones that I had than the ones I chose not to. It’s better not being a mum at all than being a bad one."

A large part of the episode surrounds Maeve preparing for the abortion. They make it seem like it’s a no big deal when she gets prepared in the operating room while ‘Asleep’ by the Smiths plays in the background, with lyrics like, “Cause I will be gone. Don’t feel bad for me, I want you to know, deep in the cell of my heart, I will feel so glad to go.” The baby isn’t singing these lyrics, they don’t want to go, they struggle and die during the procedure.

The only pro-lifers that are featured were two sidewalk protesters who kept getting into the faces and yelling at the women walking into the clinic.

Female Protester - At eight weeks, your baby’s heart is beating.

Male Protester - At 15 weeks your baby can see light.

Female Protester - Did you know that at six weeks your baby can feel?

(Character accidently hits protestor in face with the door.)

Male Protester - What is wrong with you? Do you hate all life?

Otis arrives to pick her up, although he didn’t know she was having an abortion until he got there, he also got bombarded by these protesters while he is waiting for her to finish.

Woman Protester – She’s totally having an abortion isn’t she?

Woman on bike throwing flour on protesters – Scumbags, I hope you get raped!

Otis– What the hell?

Man Protester – Did it get in your eyes or mouth?

Woman Protester – I got some wipes with me. Your friend’s gonna burn in hell.

Otis – Okay, well, I don’t see it that way but thank you for the wipe.

Otis eventually befriends the girl and they walk to a nearby store. Otis asked her what to get someone who just had an abortion, she responds, “Sunscreen. They’ll need it in hell.”

At the end while Otis is walking Maeve home he hands her some flowers because "nothing says Happy Abortion like a bouquet."

Maeve – Are those flowers for me?

The series brushes abortion off as being just a standard procedure while making pro-lifer look like horrible people. The only plus is they showed the reality of pro-life activists getting harassed, something that happens often.