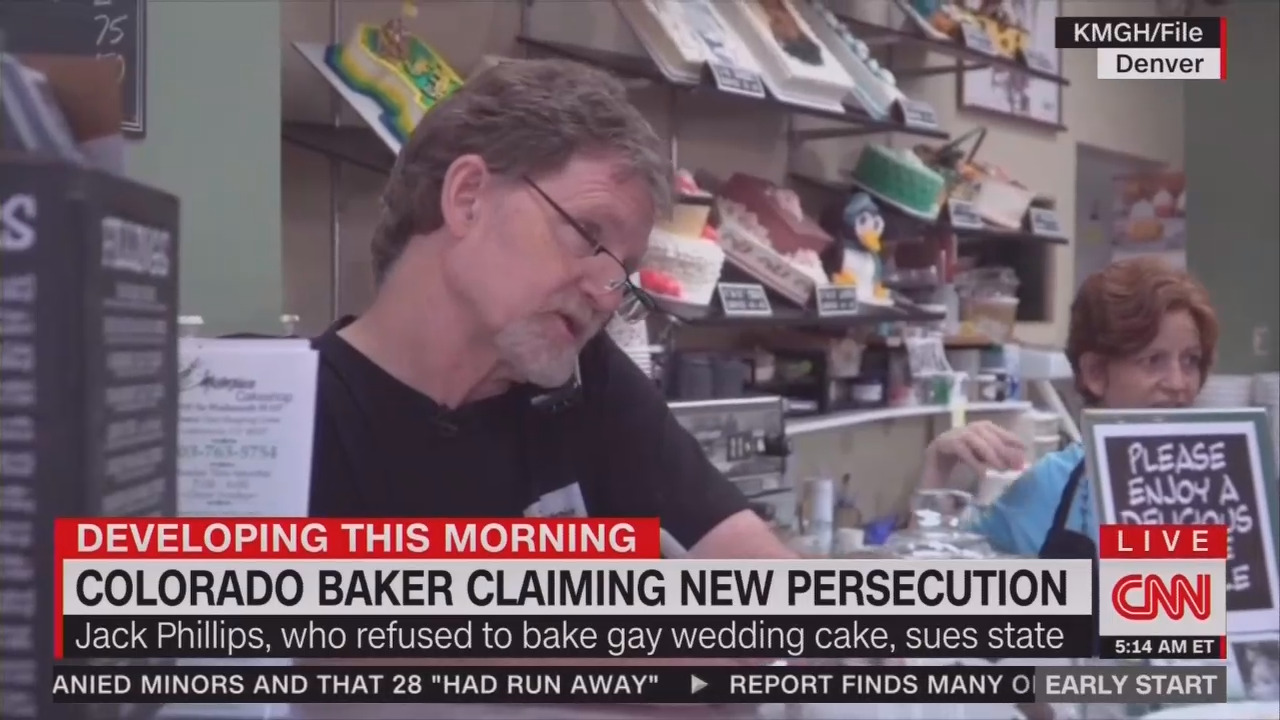 In June 2017, during the very public case against Jack Phillips, the owner of Masterpiece Cake Shop who politely declined making a wedding cake for a gay couple, transgender lawyer Autumn Scardina asked the baker for a cake to “mark the anniversary of her gender transition.” Unsurprisingly, Phillips declined. Samantha Allen of The Daily Beast called Phillips’ refusal to bake the cake “spurious.”

According to the lawsuit, Scardina -- a local lawyer who supposedly called the cake shop the day the Supreme Court agreed to hear Phillips’s case (and may have also asked for assorted other provocative or downright lewd cakes at other times) -- asked Phillips to make a cake with “a blue exterior and pink interior” that would celebrate her birthday which coincided with the anniversary of her gender transition.

Allen asserts that Phillips “claimed that he doesn’t deny service to specific people — just to individuals looking for cakes for specific events, like same-sex weddings” but the “distinction between person and event is getting harder to maintain.” She asks readers what would happen “if a mother of a transgender girl ordered a cake that said “Happy Birthday, My Beautiful Daughter” or the wife of a transgender man requested a cake bearing the message “Happy Anniversary to My Husband?” How would “Phillips be sure that he is not unwittingly violating his religious beliefs about LGBT people all the time?”

She argues that Phillips issue is “not the fact that Scardina is transgender, but the fact that she once transitioned,” and “if that seems like an arbitrary distinction, that’s because it probably is,” because “when a person’s identity is the product of an event, it becomes harder to meaningfully separate the two.” However, the “arbitrariness doesn’t necessarily reveal anything new about the greater intentions of the Alliance Defending Freedom,” the legal group behind Phillips lawsuits whose “group’s apparent goal” is “securing a broad right to discriminate against LGBT people on the basis of religious belief.”

Allen claims that “plenty of Americans bought the argument that wedding service providers like bakers should be able to deny business to same-sex couples, but arguing that a baker should be able to turn away a transgender customer for wanting a birthday cake with transition-related theme could be a harder sell.”

Or they could find a bakery that will willingly bake a cake for them. But that would mean Daily Beast and Scardina would leave Christian bakers alone.