Some corporations have finally gotten the memo and are pumping the brakes on producing woke garbage. 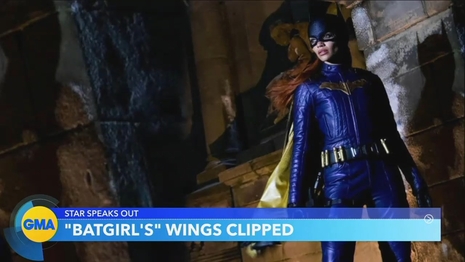 According to The Wrap, Warner Brothers will not release the $90 million project BatGirl either theatrically or on HBO Max. The movie was slated for release later in 2022, and numerous worrisome reports, such as the race-swapping of the main character, indicated it was going to be another leftist propaganda film.

“The decision to not release Batgirl reflects our leadership’s strategic shift as it relates to the DC universe and HBO Max. Leslie Grace is an incredibly talented actor and this decision is not a reflection of her performance,” said a Warner Bros. Pictures spokesperson. “We are incredibly grateful to the filmmakers of Batgirl and Scoob! Holiday Haunt and their respective casts and we hope to collaborate with everyone again in the near future.”

The total movie budget reached a whopping $90 million due to COVID shutdowns, reshoots, and an increased budget. The movie was set to be the character’s big breakthrough with veteran actor Michael Keaton reprising his role as Batman. Early tests revealed that the moviegoers did not enjoy the film at all. Holy woke propaganda, Batman!

On cue, the woke superhero lovers took to Twitter to express their dismay.

Blue-check Matt Ramos lamented at the loss of a new potential Hispanic superhero:

Leslie Grace was going to be DC’s first female hispanic lead. Not anymore.

Sasha Calle’s debuting as Supergirl in a film where the social conversation will be set on the drama bts.

If you takeaway Blue Beetle from the Hispanic community as well, that’d be a REALLY bad look.

To film an entire movie, absorb all that cost, and ultimately not allow distribution is cruel to all involved. Leslie Grace is a tremendous talent and so many people were so excited to see an Afro-Latiné Batgirl. I hope she gets all the love and shine she deserves.

Glad to see some companies are waking up to the fact when you get woke, you go broke!