If General Patton could see the state of the United States Department of Defense (DOD), he would probably smack it like it had PTSD. From producing woke military ads to allowing transgenders to serve, the DOD continues to pander to the radical left. Now, it’s potentially breaking the law. 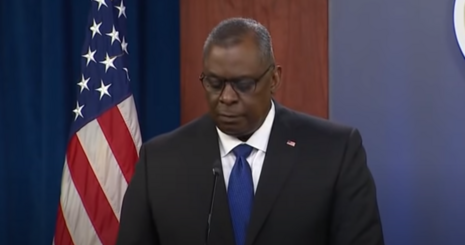 In light of the Dobbs decision, the DOD announced on June 28 that they would continue to perform abortions for service members “consistent with federal law,” according to Matthew Gault from Vice.

The Pentagon announced the policy in a memorandum signed by DOD undersecretary Gilbert Cisneros.

The decision "does not prohibit the Department from continuing to perform covered abortions, consistent with federal law. There will be no interruption to this care." pic.twitter.com/2SVdB5wk6t

Why did the Pentagon feel the need to comment on the situation is mind-boggling? The DOD should be focused on protecting American national interests, not promoting the agenda of the hard left. Instead, the memo affirms there will be little change to its existing policy.

“This decision will have significant implications for our Service members, dependents, and other beneficiaries of the DoD health care services, and civilian employees, as well as the readiness of the Force,” the memo read. “The implications of the Supreme Court’s decision are complicated and must be evaluated against various state laws, together with the views of the Department of Justice.” The Pentagon prioritizes the ability of its servicemembers to murder their children in the name of effectiveness needily.

The DOD memo states would allow for abortion in cases of rape and incest in states with limited abortion, such as Texas and Louisiana, showing the DOD prattles off pro-abortion talking points. The DOD memo also fights against the Hyde Amendment, which prohibits federal funds from going towards abortion. “The Supreme Court’s decision does not prohibit the Department from continuing to perform covered abortions consistent with federal law,” the Pentagon said. “There will be interruption to this care. Health care providers will continue to follow existing departmental policy, and then leadership of military medical treatment facilities will implement measures to ensure continued access to care.” Essentially the DOD budget will now be used to solicit abortions.

The memo concludes by stating that the DOD will cover any abortion expense. “Either as Government-funded, official travel for a covered abortion, or at the Service member’s own expense on regular leave for all other cases,” the memo states. Glad to see the fine work the DOD is accomplishing.

The Pentagon is more worried about the inability of children to be murdered than the growing geopolitical threats. The Pentagon would instead serve the woke mob than the people of the United States.