The House of Mouse is in hot water once again. Disney’s creepy obsession with sex and the LGBT agenda is only getting worse, but now one of their own has been caught. 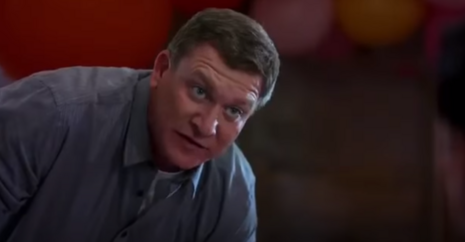 Stony Westmoreland (pictured), an actor who worked on the Disney channel show Andy Mack, is to serve a two-year prison sentence from a plea deal in a case where he tried to seduce a 13-year-old. Westmoreland was offered a plea deal since he pleaded guilty to the lesser charge of transmitting information about a minor over state lines, avoiding what could have been a 10-year sentence.

The 52-year-old Disney employee was arrested in 2018 in Salt Lake City, Utah, after trying to meet an investigator who posed as a 13-year-old on Grindr. Creepy enough, but it gets worse. Westmoreland's legal team argued that he had known that he was communicating with an adult the whole time, but he believed it was a role-playing game. So his thing is grown men pretending to be underage boys? That’s a mitigating argument?

As part of his plea deal, Westmoreland has agreed to random revisions of his social media accounts and his online activity, and he is not allowed to interact in person with minors unless another adult is present.

This type of behavior coming from the Magic Kingdom is no shock since Disney went to bat for grooming in Florida public schools. Moreover, this arrest is coming off the heels of several sting operations where Disney employees were arrested for sex trafficking. And we learned that a  Disney subsidiary ABC killed the Jeffery Epstein story.

Something stinks in the Magic Kingdom.