Progressives “f**king love science.” Just ask them. But it’s an abusive relationship, given that they habitually undermine, harm and degrade the credibility of that which they claim to love. In fact, after climate change, Covid-19 and the ongoing “biology just isn’t good enough for me” drama, science may want to flee to a shelter for battered disciplines. 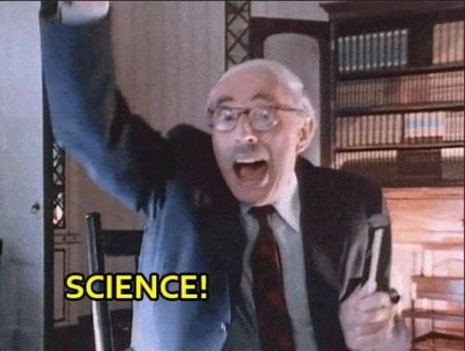 Take this new study published in the once-prestigious British medical journal The Lancet. Its ostensible purpose was to study how women contracted Monkeypox and the symptoms they displayed. One would imagine it’s an understudied phenomenon, since the virus almost exclusively is contracted by men who engage in gay sex.

In fact, monkeypox in women seems to be so rare that nearly half the study’s subjects were … dudes. According to the Post Millennial:

researchers analyzed data for a total of 136 individuals with the monkeypox virus infection across 15 countries. There were 62 “trans women,” 69 “cis” women, and 5 non-binary individuals who were grouped with the “cis” women to form a category of “people assigned female at birth.”

Somewhere north of 47% (if you assume some of the 5 “non-binaries” were born with dangly bits) of the women studied aren’t strictly speaking, ya know, women?

Okay, they must know what they’re doing, and maybe they got some really interesting results …

The Lancet, as you might surmise, is trying its best to burn through whatever credibility it’s retained since it published and then retracted a bogus Covid-19 study in 2020.

Science, we need to have a talk about progressives. I know, I know: they say they love you and that they’ll do better. But honey, they’re never going to change …